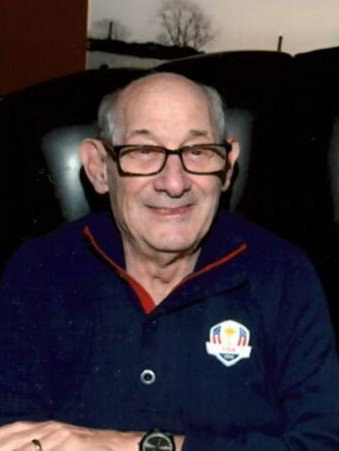 A visitation open to the public will be held on Friday, February 14, 2020 from 9:00 AM – 12:00 PM at The Peterson Chapel in Buffalo, MN. A private graveside service for family only will follow at Lakeview Cemetery in Buffalo.

Victor Cohen was born in Winona, MN on May 11, 1938 to Aaron and Fannie Cohen. He relocated to Buffalo, MN in 1952 and passed away February 11, 2020.
After graduating from Buffalo High School in 1956, he attended the University of Minnesota from 1956-1960 and then entered the Army Reserves until 1966.
Victor was very active in the promotion of the City of Buffalo while being a business co-owner of Cohen’s Village Shoppe’s in Buffalo and Monticello for many years. His dedication to the city is reflected by serving in: Buffalo Jaycees from 1967-1976 – President in 1969 and Jaycees International Senator in 1974. He also was active in the Buffalo Chamber of Commerce, Buffalo Rotary, Wright County Civic Center Board, Chairman of the Buffalo Days Committee (24 years) and founder of Buffalo High School tennis program. Because of his dedication to the City of Buffalo he was named a Paul Harris Fellow from Rotary International, Most Honored Citizen Award, Distinguished Skipper Award from the Minneapolis Aquatenial, Award of Honor from the City of Buffalo, Friends of Buffalo Tennis Award.
Being an avid sports fan, Victor enjoyed cheering on all his teams. He wouldn’t miss watching the Vikings, the Twins, all the Gopher teams, golf or anything that was a competition. He could watch turtles race and would enjoy it!
Victor is survived by wife, Cynthia and 3 children, Roberta “Bobbi” Lind (Jeff), Buffalo, MN, Joshua Cohen, Minneapolis, MN, Adam (Sara) Cohen, Columbus, Ohio and 4 step-children, Angelina Wirth, Waite Park, MN, Leigh (Neal) Briese, Waite Park, MN, Van (Brandi) Gonier, Big Lake, MN and Samantha (Michael) Bordak, Annandale, MN. Also surviving are grandsons Cole Lind, Will Cohen, 10 step-grandchildren, and sister, Harriet Tulman, Las Vegas, NV. Preceding him in death were his parents, Aaron and Fannie, and brother Howard Cohen.
He will be truly missed by family, many friends and his special coffee cronies.