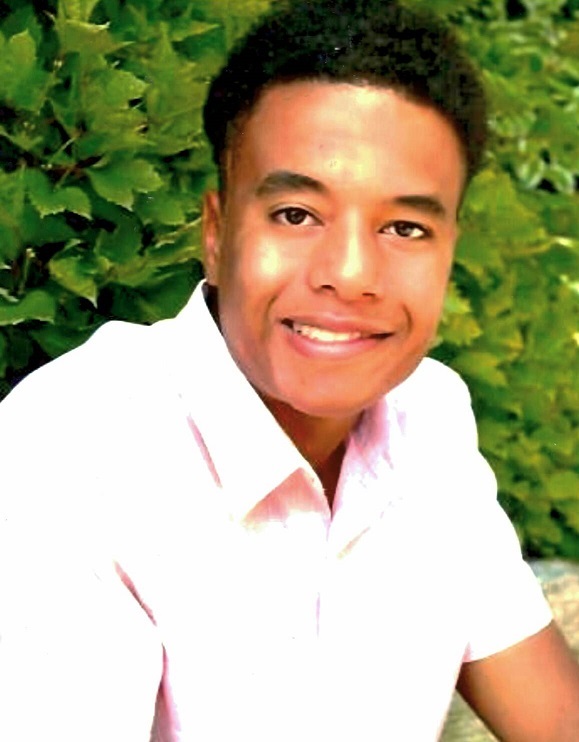 Tristen was born on April 5, 2000, at North Memorial Hospital in Robbinsdale, MN. He is survived by his loving parents: Christopher and Anastasia (Ukhueduan) Brevik; sibling: Kiers; grandparents: Felicia Ukhueduan (Nne-Nne), and Jean and Allan Brevik; and many aunts, uncles, and cousins. He is preceded in death by his grandfather Festus Ukhueduan.

From the moment Tristen was born, he owned people’s hearts with his natural tenderness. Tristen was known to be an extremely kind and gentle young man with a gift of laughter, caring and love of others. He had a genuine way of treating everyone he met as though they were his best friend often times wanting to exchange phone numbers to meet up later. He would greet all people with a warm hello and smile and often times a hug – especially at the house.

Tristen would revel in telling stories and he would get increasingly excited as he moved through the story with others watching his excitement grow.  If he were telling a joke, he would break down in laughter with his famous crooked smile and slap his leg as he could barely make out the world’s worst dad-jokes. His infectious smile and laughter could only make you happy even when the joke was a complete groaner. He was a complete joy to be around.

Tristen also shared a love for sports and activities. His good sportsmanship was often times seen on the playing field as he would be one of the first to shake hands with the other team. And, as a hockey goalie, he made sure to shake hands with the other team’s goalie before every game and in between periods as he felt that their position in the game deserved a special bond – even if on different teams.

Tristen reached the level of a 2nd degree black belt in taekwondo after mastering multiple fighting forms, including the use of weapons such as bo, sword, and katanas, and he had to break boards, and develop a high level sparring technique. Although it has been many years since he practiced taekwondo, he always felt pride in his accomplishments and cherished the many lasting friendships.

Tristen also loved to travel having been to 40 different states and 4 different countries. He spent a month in the summer of 2007 traveling Europe with his grandparents, aunt, uncle, and cousin, eating his favorite food – pizza at nearly every stop.

It is so hard to describe just how wonderful Tristen was in every way. There was a special tenderness, kindness and innocence that was always present with him. He treated others with such profound respect.

Tristen had many passions in life in addition to his friends. He loved movies, especially Horror, Thriller, Action and Comedy movies. There were three quality levels for movies for him. If it were just alright, Tristen would say it was “good.”  If was better, he would say it was “gooood” with a little more excitement. The best movies were graded as “Oh yeah!! GOOD.”  You really had to listen close to understand the Tristen movie rating system.

Tristen also enjoyed shopping at the Mall of America, Valley Fair, (and even more when it became Valley Scare), shopping for clothes, and just enjoying life.

Tristen delighted in hanging out with his friends, and listening to music, and playing video games. He would spend hours with his friends and just could not get enough of them. He wanted to be with them every day.

Tristen’s real passion in life was his family, especially his brother Kiers and their shared mixed heritage. He embraced everything from Nigeria, Norway, and Ireland and he delighted in meeting and learning about all of his relatives.  His grandparents, uncles, aunts, and cousins meant everything to him, and he was always so excited to spend time with them.

Tristen was a proud man of God. He ushered at the St. Michael Catholic Church, and he would accompany his mother to adoration. He volunteered for various church activities over the years, and he actively prayed.

We are so immensely proud of our son Tristen. He made all of us better human beings, friends, and parents. He simply brought out the best in us. We will never forget his gentle touch, his lovable crooked smile, his innocence and natural kindness, or his loving ways. He was our best big buddy, and his loss will be felt forever. We are proud and honored to have been able to spend 21 years with him and to call him our son. His life has ended far too soon, but the memories will last forever. WE LOVE YOU SON!!!

A Mass of Christian Burial for Tristen Brevik will be held on Tuesday, October 19th, 2021, at 11:00 A.M. at St. Michael Catholic Church in St. Michael. Father Brian Park will be the Celebrant.

The Gift bearers are Maryann Ukhueduan and Scott Brevik.

The honorary pall bearers are his cousins Georgia Ukhueduan and Abigail Dulko, his closest friends and the varsity football teams from Maple Grove and St. Michael-Albertville and the Osseo-Maple Grove bantam hockey team from 2018-19.