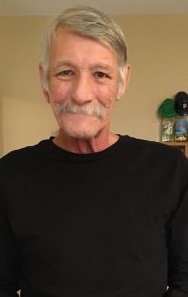 Tebbe Eugene DeBoer, 68, died Friday, July 24th, after a battle with cancer. He was blessed to be able to be with many of his family in the last few days.

Tebbe was born April 25, 1952, to Maxine and Sydney DeBoer in Austin, MN. He was raised in Austin and graduated from Austin High School in 1970.

After graduation, he married his high school sweetheart, Sharene Wilke on June 9, 1973. They built their life together, welcoming Jacob in 1979; Zachary in 1982; and Samuel in 1987.

Tebbe worked the majority of his career-life for National Car Rental and Electronic Data Systems. After his beloved wife Shari died in 2000, he worked a variety of jobs in the Northfield, MN area.

Tebbe enjoyed Rendezvousing, fishing, riding his Harley, traveling, and spending time with family. Over the last many months, Jacob’s family was fortunate to have Tebbe in their home, building memories with his three grandchildren.

Memorials may be directed to the Mayo Clinic, the American Cancer Society or a charity of your choice.