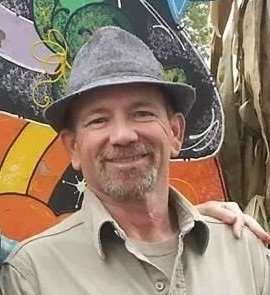 He was born on April 12, 1955 in Woodland, California. He was raised in Wheatland, North Dakota by his parents Merlon & Magdalena (Stroh) Smith.

He married Jeanne (Tinguely) Smith on April 5th, 1974, in Buffalo, North Dakota.  They had six children in 11 years.

Steve attended elementary school in Wheatland and graduated high school from Central Cass in Casselton, ND. He continued to live in Casselton where he worked as a janitor at the school for many years.  He then started his own business installing and refinishing wood floors.  Most recently he drove bus for Functional Industries.

Steve was a faithful and active member of the Buffalo Community Assembly of God Church. He loved Jesus and spent much of his time studying the bible and journaling.  He also loved being a grandpa and spending time with his grandkids fishing, playing cards, games, and spoiling them with treats.  Additionally, Steve enjoyed woodworking and completed many custom carpentry projects for his family.

Funeral services for Steven “Beaver” Smith will be held on Friday, July 12th, 2019 at 11:00 A.M. at The Buffalo Community Assembly of God Church preceded by a viewing at 10:00 A.M. Pastor Bill Hicks will officiate.

Private family Inurnment will be at a later date in Wheatland, North Dakota.

A visitation with a viewing will be held on Thursday, July 11th beginning at 5:00 PM followed by a prayer service at 6:30 PM at The Peterson Chapel in Buffalo.

The Peterson Chapel in Buffalo is serving the family. Online condolences may be made to www.thepetersonchapel.com. In lieu of flowers contributions to the family for funeral expenses would be appreciated.