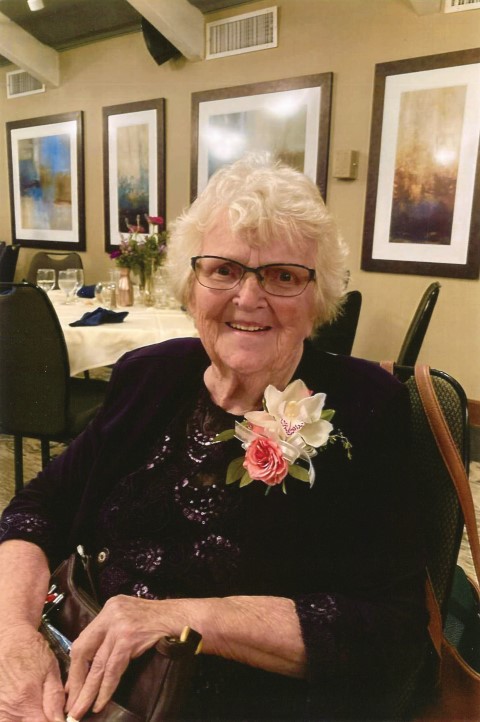 Rose Ann Krause, age 94 of Rockford, passed away peacefully surrounded by family on Sunday, June 19, 2022. She was born September 30, 1927 in De Smet, South Dakota, the daughter of Arthur and Kate (Boss) Rydbom.

Rose Ann was baptized on May 10, 1945 and confirmed in the Lutheran Catechism on May 20, 1945 at American Lutheran Church in De Smet, South Dakota.

On November 2, 1945 Rose Ann Rydbom and Gerald George Krause were united in marriage at St. Martin Lutheran Church in Watertown, South Dakota. The two were blessed with seven children.

After farming in South Dakota, the family moved to Greenfield, Minnesota in 1965 and in 1970 moved to Rockford, Minnesota. Rose Ann spent many years working as a nurses aid at Delano Healthcare, until she was in her 80s.

Rose Ann was a faithful member of Cross Evangelical Lutheran Church in Rockford, where she taught vacation bible school that all her grandchildren enjoyed attending. She volunteered her time at Wise Penny for many years. She was also a member of the silver sneakers, Cross Lights, “Birthday Club” and called Bingo at the senior center. Rose Ann enjoyed all things crafting -including crocheting, quilting, and beadwork. She also enjoyed baking, clowns, and spending time with her family, especially with her grandchildren and great-grandchildren.

Rose Ann had a positive spirit, being able to see the good in everyone. She loved to laugh and kept the room alive. Her generous and caring nature will be greatly missed by all.

Funeral services for Rose Ann Krause will be held Thursday, June 23, 2022 at 4:00 PM, with visitation one hour prior, at Cross Evangelical Lutheran Church in Rockford with Pastor Michael Barlow as officiant. Interment will follow at Elmwood Cemetery in Rockford.

The Krause family would like to thank you for your sympathy and support during this time of loss. A donation in Rose Ann’s name will be made to Cross Evangelical Lutheran Church in Rockford.