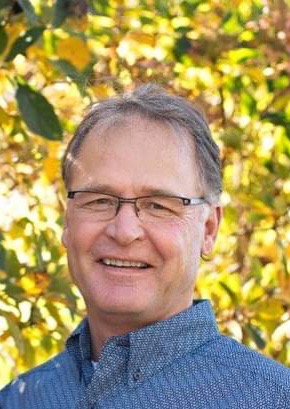 Paul Vincent Zumbusch was born, raised, lived, laughed, loved, worked and died much too soon in Buffalo on Sunday, May 8, 2022.

Paul was born August 7, 1959, the fourth son of Casper and Muriel (Eull) Zumbusch.  Widely known to be Mom’s favorite as could be measured by the volumes of leftovers and goodies she delivered to his door well into adulthood, he was also the favorite storyteller, hunting partner, fishing buddy, coworker, brother, uncle and friend of many.  Like orange construction cones to a Buffalo Bituminous work site, old and young alike were drawn to him – and he to them. Handsome and kind, hardworking and loyal, Paul was the first to offer his help and quick to extend a sincere compliment. He loved old westerns, Johnny Cash, 20th century history and solving all sorts of handyman problems with duct tape. He had a one-liner or quip for almost every situation and some of his favorites included: clarifying “Tar goes on a roof, blacktop goes on a road’; expressing his surprise or delight by saying, “I’m going to fold a rose in my diary”; punctuating a point by proclaiming he’s “Serious as a heart attack”; referring to someone or something as “Uglier than a mud fence”; and countless others that were equally entertaining and commonly irreverent. He leaves a million jokes and stories untold and us with broken hearts. Our worlds will never be the same nor our spirits as bright.

Paul was united in marriage to Sara (née Epley) on April 8, 2006. Together they enjoyed their blended family of Nick, Breia, Riley and Brandon. They traveled together and savored the company of their large families and groups of friends.

Paul was preceded in death by his father, Casper.

He is survived by his loving and attentive wife, Sara; and by his adoring children, Nick (Liz) Zumbusch, Breia (Ryan) Gaskill, Riley (Dan) Holm and Brandon Fischer; five grandchildren, Hadley, Briar, Paul Vincent II, Casper and Leon; his mother, Muriel Zumbusch; six siblings and their spouses, Mike and Valerie Zumbusch, Pat and Peggy Zumbusch, Dave and Nancy Zumbusch, Anne and Jeff Johnson, Mary and Casey Schoen and Chuck and Tammy Zumbusch; along with many nieces and nephews, other relatives, hunting buddies and friends.

A Memorial Mass of Christian Burial will be held at St. Francis Xavier Catholic Church in Buffalo, Minnesota, at 11:00 AM on Thursday, May 12, 2022. There will be a visitation at the church one hour before the funeral from 10:00-11:00 AM. A celebration of Paul’s life will immediately follow the funeral at Huikkos Entertainment Center located at 1207 MN Hwy 25, Buffalo, Minnesota.

The family suggests memorials be made to The Parkinson’s Foundation or the Michael J. Fox Foundation.

Serving the family is The Peterson Chapel of Buffalo, MN. 763-682-1363. www.thepetersonchapel.com.