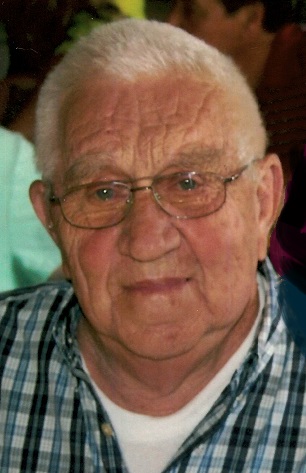 He was born on April 14, 1929 in Howard Lake the son of Arthur and Elsie Schmieg) Horsch.

On August 28, 1951, Orville A. Horsch and Carol H. Duske were joined in holy marriage at St. Paul’s Lutheran Church in Montrose.   Orville and Carol would of Celebrated 70 years of marriage this coming August.

Orville was employed as a janitor for over 19 years at The Montrose Elementary School and Buffalo Junior High School.

He enjoyed farming, mowing his lawn, sawing wood,  dancing and a collector of Oliver model tractors.

He was a faithful member of St. Paul’s Lutheran Church in Montrose.   He was the Past President of the congregation, trustee, money counter, taught Sunday School and was a choir member.

Preceded in death by his parents Arthur and Elsie Horsch and by two brothers Jerome and Virgil Horsch.

A Private Family Funeral Service for Orville Horsch will be held on Saturday, February 20th, 2021 at 2:00 P.M. at St. Paul’s Evangelical Lutheran Church in Montrose.   Pastor James Grabitske will officiate.   Carol Wendorff will be the organist for the Funeral Service.

A visitation will be held on Friday, February 19th AT THE CHURCH from 4-8 P.M.