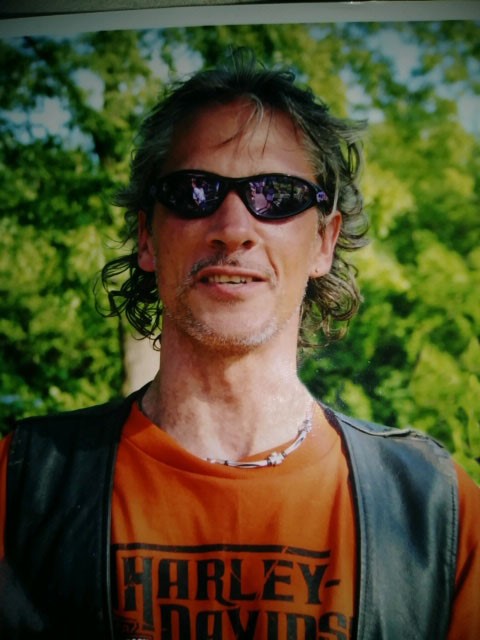 Michael Brendan Nelson (Goding), age 50 of Sandstone, MN, passed away on September 4, 2019. He was born in Wheaton, MN on June 14, 1969 to Thomas and Vicki (Nelson) Goding. When Mike was eight years old, he and his family moved from Minnetonka to Loretto, where he spent most of his childhood.

After attending school in Rockford, he worked various jobs in the area as a machinist. He worked for CB Quality and also worked in his Dad’s shop. Mike liked to dabble in numerous entrepreneurships when he wasn’t working as a machinist. He loved woodworking and being able to build projects around the house.

Mike was known for being a very kind and open person. He was easy to get along with and had a big, generous heart. Known for his outgoing personality, he was able to make friends quickly and formed many long-lasting friendships. He was someone you couldn’t forget because of his sense of humor; he was the practical joker of the family! Mike did have a soft side, and loved animals, especially his two cats. Throughout the past several years he found a new connection in his faith; Jesus was his best friend.

Mike recently found his new home in Sandstone, MN. He loved the area, being able to hunt and fish and made so many new friends. In fact, he designed and was in the process of building his own house with the help of many his new friends. Mike loved taking his motorcycle for rides in the area and was a member of a motorcycle club in the Pine City area called, “The Jack Pine Riders”. Spending time riding on the open road was one of his favorite past times.

He is preceded in death by his father, Tom; and grandma, Margie.

Mike is survived by his son, Zach Heiskary; mother Vicki Goding; siblings, Jeremy (Kelly) and Juli (Rob); former spouse, Kris Nelson and her son, Kole Krueger; and many other relatives and close friends.