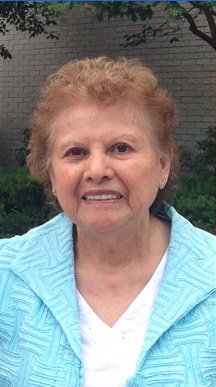 Maria was born on May 15, 1937 in Coatepec Harinas, Mexico to father, Jose Guadalupe Hernandez and mother, Carmen Marcial. Maria married Roberto Medina Anaya in 1966. Together they raised two sons, Rodolfo Medina and Marco Medina, and four daughters, Ana Nidia Bivans, Blanca Bivans, Belinda Bergren, and Vanessa Sanchez.  Maria moved her family to Minnesota in the early 1980’s where they built their home and became part of a new community.

Maria was the matriarch of the family and was lovingly referred to as Grandma by everyone. Grandma enjoyed the warmth of her family’s company and knew how to make her house a home.  The family always gathered at her house where she would make sure the family ate the most delicious food. When she was younger, she was an avid reader, took joy in bird watching, dancing and her sewing projects.

Maria was known for her compassion and generosity, always wanting to help others in need such as sponsoring a child in Africa.  She was a humble soul who made countless sacrifices and always put her family’s well-being first.  Grandma was known for her honesty, faith, her infectious smile, and her kind and loving spirit.

A funeral service will be held on Friday, August 16th, 2019 at Wooddale Church in Eden Prairie on 6630 Shady Oak Road.

Visitation will be at 10 o’clock a.m.; service will begin at 11 o’clock a.m. followed by a luncheon.

Flowers can be sent to Wooddale Church.  Donations may be sent to: Medina Family – 10717 185th Circle NW, Elk River, MN 55330 these will be donated to Abbott Northwestern Hospital.

The family gives a special thank you for the care and love provided by the hospital staff at Minneapolis Heart Institute – Abbot Northwestern Hospital.   The family would also like to thank all extended family and friends for their support, love and prayers during this difficult time. Grandma will always be in our hearts until we meet again.