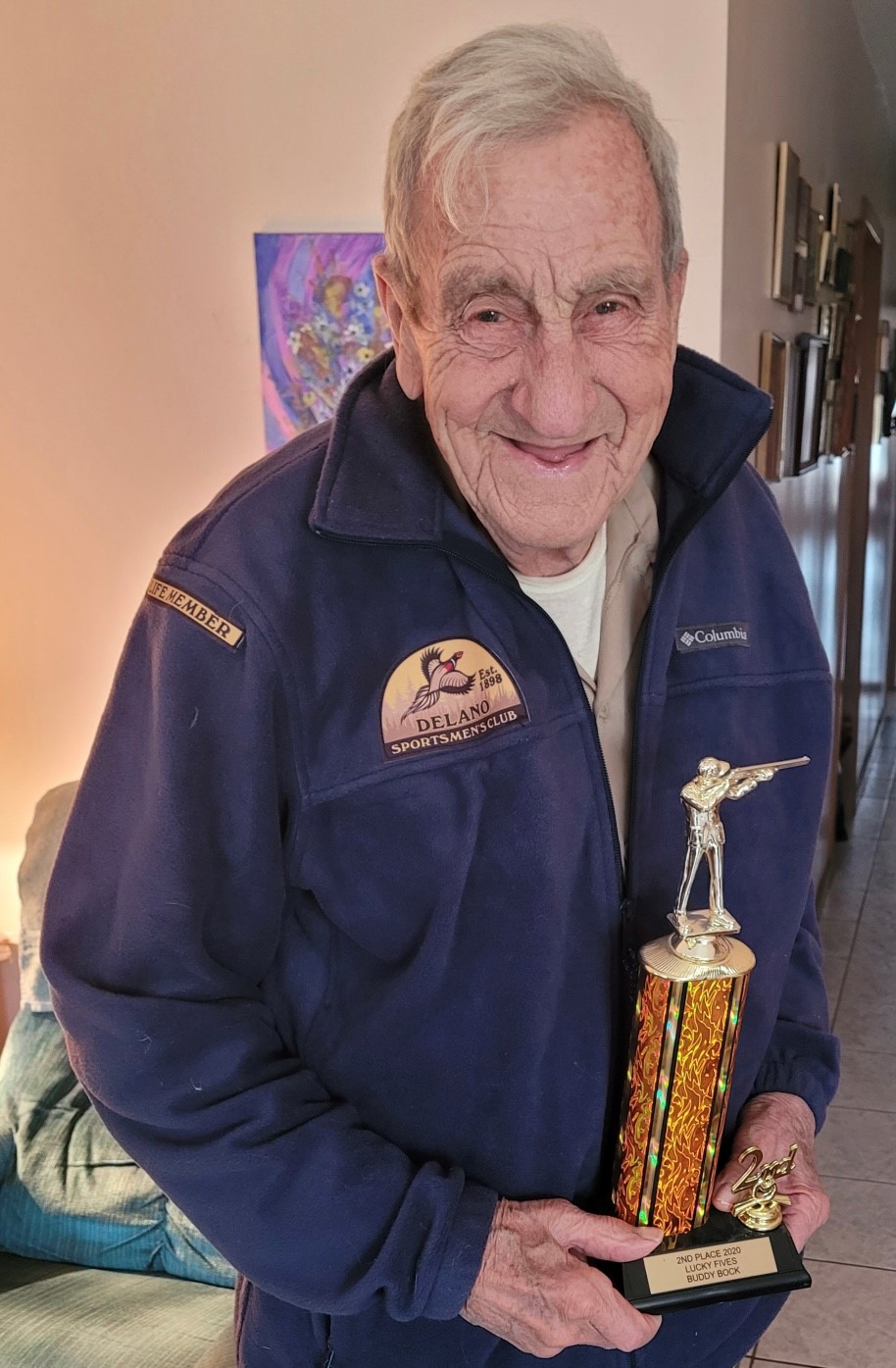 On January 5, 2022, Buddy passed away after a three week battle with Covid at the Buffalo Allina Hospital in Buffalo, Minnesota. He was 90 years old.

In 1946, when he was only 15, Buddy started working part time for Kelley and Kelley in their landscaping division.

Buddy graduated from Delano High School in 1949. After high school, he and a friend were working for the railroad. They hauled huge ice blocks to box cars for refrigeration. In February 1950, on their way home from working an especially hard week they met a recruiter at the bus station and they both joined the Air Force. Buddy was stationed in Hokkaido, Japan during the Korean War and worked as a radar mechanic at a radar station.

When he got home from the war, he worked for a few years at Minneapolis Moline.

In 1955, he started working again at Kelley and Kelley but as a surveyor rod-man and by the next year he was promoted to crew chief. In 1964, a co-worker started his own company and Buddy changed companies and worked for Gordon Coffin INC. In 1984, his employer sold his company to Mark Gronberg Associates, and he continued working for the new owner. Buddy finally retired from surveying at age 84 in 2016. He worked full time as a surveyor, walking several miles a day for 60 years!

In his free time, he was a fisherman, he could eat fish every day. He learned how to garden from his mother and his gardens were huge. He was a farmer who enjoyed raising numerous animals including an ornery horse named Katie. He was a woodworker and he did not skimp on materials, when he built something, he made it to last, from book shelves, to framing out windows to adding a vaulted ceiling. Over his life time, he helped build and remodel 19 homes and other structures for friends and family. His favorite was the underground home that he designed and built from scratch.

Buddy was given a Life Membership to the Delano Sportsmen’s club in 2021. His trap shooting group, ‘The Lucky Fives’, won many awards between 1960’s until 2020 when he finally retired from the group.

Buddy was a conservationist and for many years raised pheasant chicks for release on his property. He fed song birds, turkeys and squirrels. He loved all animals but especially his dog, Blaze and his cat, Fluffy.

Buddy was also a member of the American Legion Post in Robbinsdale, Minnesota since the 80’s. He then transferred to Howard Lake Legion Post 145 in 2021.

Buddy was preceded in death by: his son Guy H. Bock and his brother Donald V. “Dutch” Bock.

He will be interred at Mount Olive West Cemetery. We hope to have a memorial for Buddy Bock in late April.