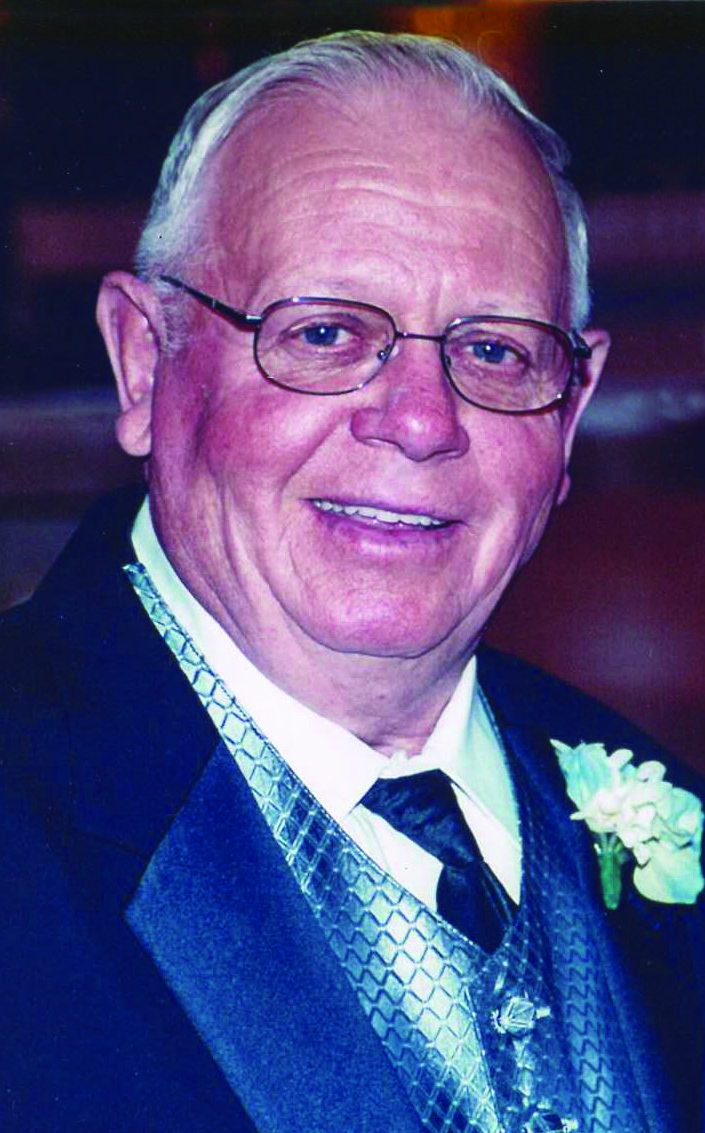 Leo L. Larson, age 90, of Buffalo, passed away peacefully at The Glenn Memory Care in Buffalo early Tuesday, October 4, 2022. He was a dad, grandpa, great-grandpa, brother, brother-in-law, uncle and friend to many.

Leo, the oldest of 13, was born July 8, 1932, to the late Carl and Gladys (DesMarais) Larson, in rural Buffalo, MN. He attended Enfield Country School through 8th grade.  At a young age, Leo living in Monticello, went to work mastering multiple skills in the field of agriculture, until he was drafted into the Army to serve in the Korean War, until cease-fire in 1953. Shortly after returning home, he met his loving wife of 57 years, Bernadine C. Kasper. Leo and Bernie were joined in holy matrimony at St. Michael Catholic Church in St.  Michael MN, on August 3, 1955. The two continued to reside in Monticello, where they owned and operated Larson Mobil, until 1961, when they moved to rural Buffalo. They opened a new chapter of their lives, working together on the farm raising their seven children; Aggie, Bertha, Cathy, Denise, Evelyn, Florence, and Gerry (also known as the “ABC Kids”).  They were devoted members of Saint Francis Xavier Catholic Church in Buffalo. In 1978 they sold the dairy cows, but continued to crop farm. Leo also took a job with Maus Tire in Monticello, where he found his new passion, “TIRES.” He remained in the tire business until 1985, when Leo and Bernie resumed the dairy on the home farm.

Leo was a hard worker, and very proud of the fact that he taught all his kids to work and help on the farm. For the last several years of his farming career, he worked side-by-side with his son, until 2004, when he retired and moved to town with Bernie. Once in town, Leo led a very relaxing life. He enjoyed walks around the neighborhood with his wife, driving cars for local dealerships, helping out at J&L Wood Designs, and setting countless puzzles. Unfortunately, Leo was diagnosed with dementia, which took him down the path of memory care. He was truly blessed with the numerous personal healthcare staff that he encountered while living at both, Park Terrace and the last four years at The Glenn with hospice assisting in his care. Leo’s unique sense of quick witted humor/personality and ability to hold a person’s hand carried through until his last earthly breath.

He was preceded in death by his wife Bernadine, his parents, his mother-in-law and father in-law, and multiple brothers-in-law and sisters-in-law.

Visitation will be held Friday, October 7th from 9-11 AM with Mass of Christian Burial to follow at 11:00 AM at St. Francis Xavier Catholic Church, Buffalo. Lunch will be immediately following Mass at Bison Creek Event Center in Buffalo. Private family interment will be at St. Francis Cemetery in Buffalo, MN, with full military rites.

In lieu of flowers, memorials are preferred to The Glenn Memory Care in Buffalo or Brighton Hospice in the name of Leo Larson.

The Peterson Chapel of Buffalo is serving the family.