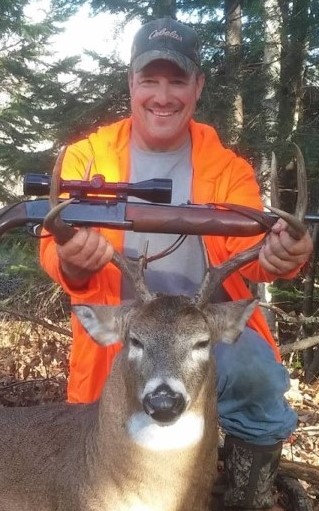 Jon was born the son of Fred and Frances (Baker) Kasper on October 16, 1961 in Robbinsdale, MN.

His entire working career was as an iron worker, working for his dad at K & L Steel and also various other companies.  Jon was also a member of the Iron Worker’s Local #512.

Jon was an outdoorsman through and through.  He loved everything from feeling the sun on his face, hearing the bird’s singing, to deer hunting and also fishing.  Jon especially loved the time that he was able to spend at “The Hunting Shack” in McGregor.  The memories made there are ones that will be forever treasured.

Like his father, Jon was a jack of all trades. There wasn’t anything that he wasn’t willing to fix or couldn’t fix.

Preceded in death by his parents.

Mass of Christian Burial will be Wednesday, March 3 at 11 a.m with visitation continuing one hour prior to the mass all at Church of St. Albert, 11400 57th St NE, Albertville.

Celebrant will be Father Joe Zabinski.

Interment will be in the St. Alberts Catholic Cemetery in Albertville, MN.