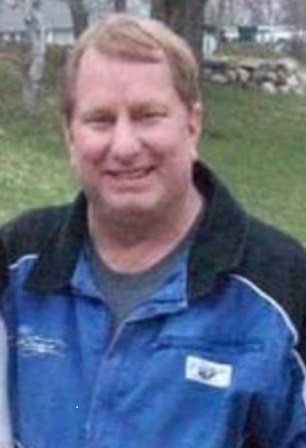 John Elliot Richardson was born on April 13, 1951 in Minneapolis, MN to Harold and Dorothy (McIntosh) Richardson.

John attended Robbinsdale High School and graduated in 1970.  John then enlisted in the U.S. Army where he served his country during the Vietnam War where he received a bronze star.

After John got out of the service, he was married to Teresa and had 2 wonderful children. He lived in the metro area before meeting Kimberlee in 1993.

John, retired in 2016, from Wayzata High School as a custodian, but still continued working in his garage making agriculture screens for Westrup.   John worked for Chaska Building Center (Chaska) and Gustafson (Shakopee) prior.

John was united in marriage to Kimberlee (Wittenberg) Richardson of Buffalo, MN in 1994.  John and Kimberlee lived just south of Buffalo on 10 acres. John learned to love living in the country when he met Kim. John loved woodworking, Ford Mustangs, Bowling, His dogs and cats, watching Twins/Vikings/Gophers, Golfing, gardening, riding 4 wheelers, going out to breakfast, going to casinos, pull tabs, scratch off tickets (hoping to win big), BBQs with family, and putzing / napping in his shop.

John is preceded in death by his parents, Harold and Dorothy Richardson, Brother Jim Richardson, and Father-In-Law Edward Wittenberg.

A Memorial Service for John Richardson will be held on Saturday October 15th, 2022 at 11:00 a.m. at The Peterson Chapel in Buffalo.  Pastor Dean Brown will officiate.

A visitation will be held on Saturday, October 15th from 10:00 A.M. until time of service at the funeral home.

A small gathering after the service at The Richardson residence just south of Buffalo.