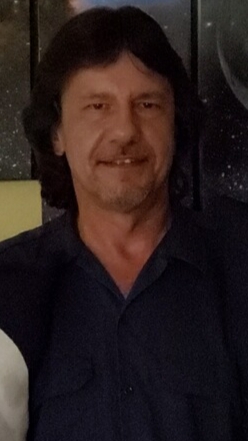 He was born on December 18, 1966 to James, Sr and Ottilia “Tillie” (Malson) Sahli in Aberdeen, South Dakota. His family moved to Mound, Minnesota where he spent much of his adolescence.

James started working at a very young age and became a well-known and respected machinist.

James and Rhonda Mason were united in marriage on April 8, 1995 at Zion Lutheran Church in Buffalo. They made their home in Loretto in 1999, and have lived there happily ever since. Together they raised two beautiful daughters, of whom he was very proud. He taught them strength, determination, love, and the tools to have a successful and happy life.

James was the kind of person that could fix anything and loved working on his classic cars. He would always lend a helping hand to those who needed it the most, and often times would take care of people’s needs without them having to ask for his assistance. James was the type of person who you could count on; whether it was giving great advice to his daughters, or helping his friends and family whenever they were in need.

He loved traveling with his family; most recently they all went to Colorado and attended the Brit Floyd concert—a tribute band to his favorite rock group, Pink Floyd. They also ventured to Hawaii and the Black Hills, among other vacation destinations.

James was passionate about music, played the guitar, loved nature and animals. Spending as much time with his family was the most important aspect of his life, however. He cherished the memories created with his family and he will be greatly missed by all who knew him. James touched the lives of everyone around him, and was the center of his family’s world. He will be forever loved and can never be forgotten.

James is preceded in death by his parents, James Sr., and Tillie.