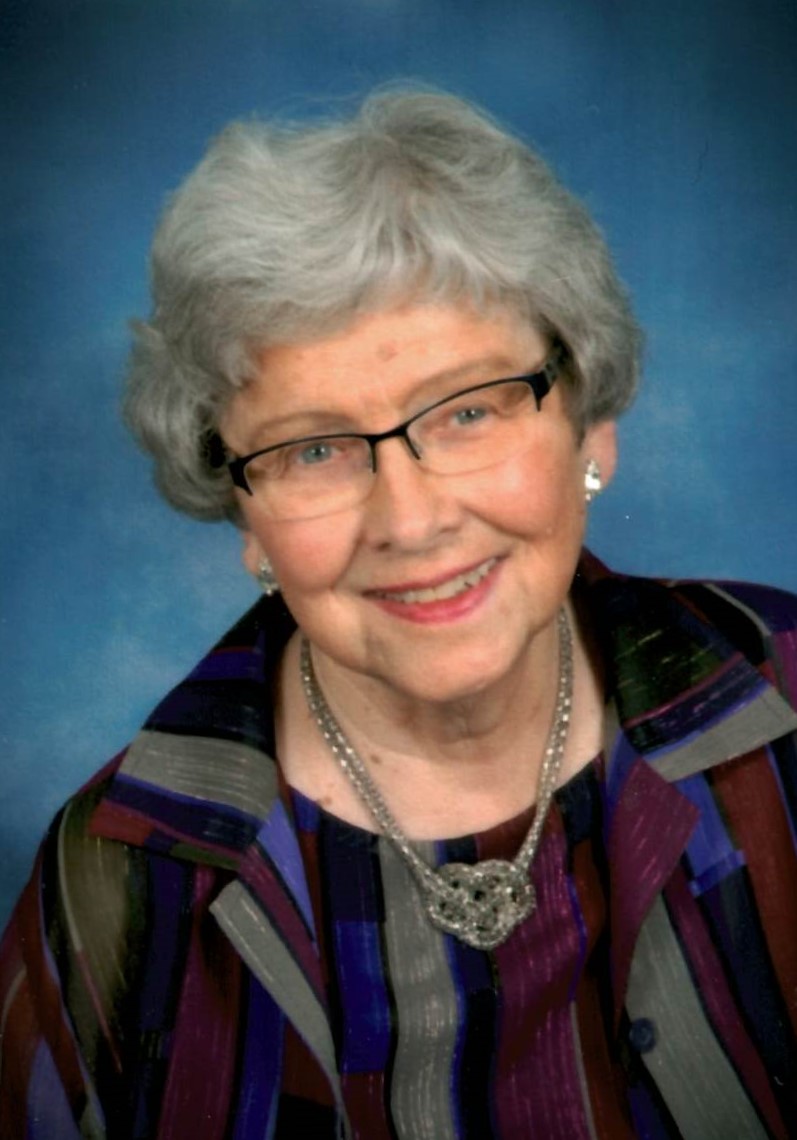 Doreen Louise (Geistfeld) Ebert passed away peacefully on Sunday, May 10th, at the Buffalo Hospital, Buffalo, MN at the age of 87.  Due to the COVID-19 Pandemic, a private family reviewal was held on Tuesday, May 12th, at Peterson Chapel in Buffalo, MN with current plans to hold a public Celebration of Life in Southern MN later this summer.

Doreen was born to Edwin H. and Marian (Johnson) Geistfeld on November 11th, 1932 at her farm home in Waverly Township, Martin County, MN. She was baptized and confirmed at St. Paul’s Lutheran Church in Truman, MN.  Rev. H. Heinemann baptized her on December 4th, 1932 and on April 14th, 1946, Doreen was confirmed by Rev. E. T. Heyne. Throughout her life, Doreen’s faith followed her Confirmation verse, John 15 v.5 which read,  “I am the vine, ye are the branches: he that abideth in me, and I in him, the same bringeth forth much fruit, for without Me ye can do nothing”.

As a child, Doreen attended school at District 81 and later completed her 6th, 7th and 8th grades at St. Paul’s Lutheran School in Truman.  She graduated from Truman High School with the class of 1950.  Doreen then attended Rochester Jr. College and later graduated from the College of Medical Technology in Minneapolis, MN on June 13th, 1952.  After graduation she worked at Mayo Clinic, Rochester until her marriage.

On August 29, 1953, Doreen was married to R. Arlen Ebert at St. Paul’s Lutheran Church by Rev. O.F. Hinrichs.  The couple moved to Minneapolis and while Arlen attended the University of MN, Doreen worked at Marquette Mfg. Company.  Later, they moved back to Truman to raise their growing family.  After all her children were in school, she went back to work at Truman Public School as a library assistant for 22 ½ years, retiring in 1990.

While living in Truman, she was a member of the Truman Mother’s Club, helped with the Bloodmobile, was a Cub Scout Den Leader, Room Mother at St. Paul’s Lutheran School and served on many different committees at St. Paul’s Lutheran Church and in the Truman community.   When Doreen and Arlen joined Immanuel Lutheran Church in Fairmont, she was a member of WOI, a key lady for the Truman Retirement Home for five years and served on the PFPR and Christian Outreach boards. In addition, she was a lifetime member of the Truman Lutheran Retirement Home Auxiliary.

Her main outside interests included playing cards, music and traveling.  She enjoyed spending time at the family cabin on Spider Lake in Marcel, MN for many years.  Doreen and Arlen toured Europe, Mexico, Canada, Alaska and different areas of the continental U.S.  As Doreen embraced Arlen’s Norwegian heritage, they made two memorable trips to Norway visiting relatives where she thoroughly enjoyed learning about the Norwegian culture.

Doreen deeply loved God and her family.  Celebrations were a constant during her lifetime.  Christmas was especially important and she did not hold back with decorations, baking or gifts during this joyous holiday.  Arlen and Doreen celebrated 65 years of marriage in 2018 with a gathering at Goldfinch Estates, Fairmont, MN, where they lived for 8 years.  Just a few months later, Arlen passed away on January 8, 2019.

The family would like to thank the Buffalo Hospital and Park Terrace Assisted Living, Buffalo, MN for the loving care and comfort they provided for Doreen.  Memorials preferred to Immanuel Lutheran Church, Fairmont, MN or Truman Historical Museum, Truman, MN.