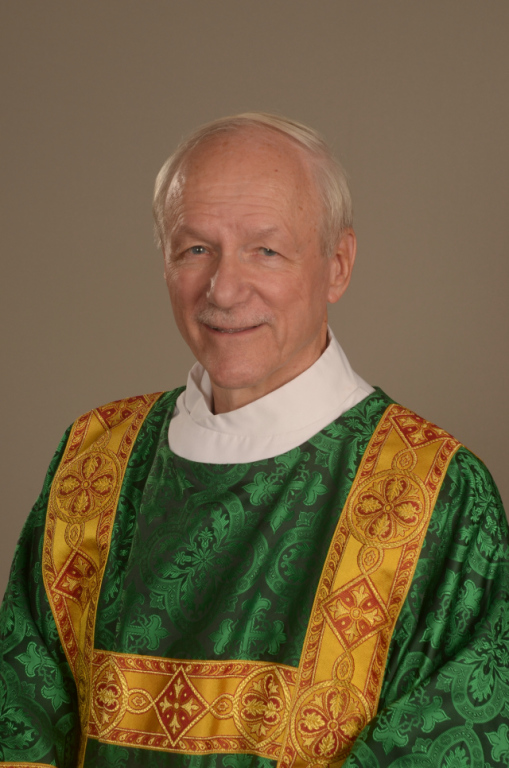 Gregory John Steele, age 76 of Becker, MN, passed away on March 25, 2020 at Parkview Care Center in Buffalo. He was born on September 9, 1943 in St. Paul, Minnesota to Wardell “Jack” and Margaret (Schmitt) Steele.

He graduated from Harding High School and furthered his education and University of MN for his undergraduate and attended St. John’s University for Theology classes.

On June 14, 1969 he was joined in marriage to Kathleen “Kathy” Kargel in St. Paul, MN. They were blessed with six children.

Greg was ordained a Deacon on December 12, 1981, and served the Diocese of St. Cloud, then most recently had been serving as a Deacon at St. Michael Catholic Church since January of 2006. He served his community by being actively involved in the opening of St. Vincent de Paul in St. Michael. He also led support groups for those who have suffered a loss through death or divorce. He retired from St. Paul Companies in 1998, where he spent 30 years of his career, before joining Catholic United Financial as an insurance agent.

Greg was a compassionate and friendly person with a generous heart. He always made sure to think of others’ needs before his, and would show his love by providing home cooked meals for his grandchildren, saying prayers, or helping with chores and household tasks. His gentle nature, generosity, and kindness are just a few qualities that made him such an inspirational person to know.

His devotion to his faith was especially important, and he helped serve the St. Michael Catholic Church community as a Deacon. You could find him praying the rosary several times a day. He devoted his life to prayer, in fact, once you got on Greg’s prayer list, you never got off until the prayer was answered! One of his most special moments for him as a Deacon was being able to marry all of his children in the Church.

Greg loved fishing, camping on the North Shore, tending his garden, and watching sports. He’d follow his grandchildren’s sporting events and school programs closely, knowing all the stats and details going on. He especially loved spending as much time with them as he could.

He is preceded in death by his wife, Kathy who died tragically in an automobile accident in February 2000; his parents, Jack and Margaret; siblings, Jackie Crawford, Mark Steele, and Joyce Mey.

A private Mass of Christian Burial will be held Wednesday, April 1, 2020 at 11:00 AM at St. Michael Catholic Church. Due to the public gathering restrictions, friends and other family members are able to live stream the Mass from home by visiting the St. Michael Catholic Church website (https://www.stmcatholicchurch.org/). A private interment will take place following the service at Immaculate Conception Cemetery in Becker, MN. In lieu of flowers, memorials may be directed to the family of Greg Steele, with the plan of making a donation to a charity of their choice.