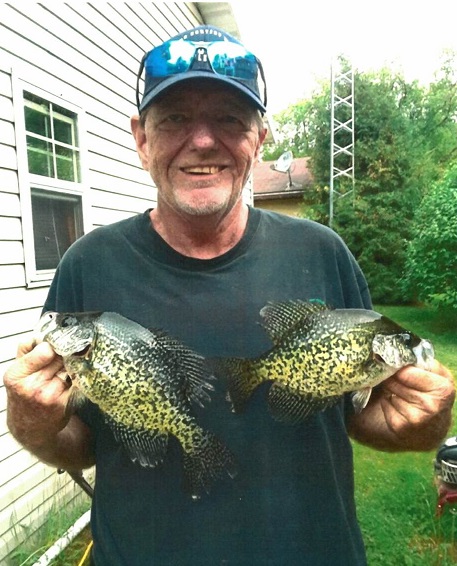 Clason (Clay) John O’Flanagan, 59, of Buffalo, MN died on Tuesday, December 8, 2020 at Abbott Northwestern Hospital in Minneapolis, MN. Clay was born May 7, 1961 in Buffalo, MN, to John (Jack) and Delores (Robasse) O’Flanagan and was the oldest of four boys. He grew up in Buffalo and graduated from Buffalo High School in 1979. In his youth, Clay loved sports, dancing, DJ’ing during lunch at school, and socializing with all his friends. In 1977, he met the love of his life, high school sweetheart, and soulmate Deb (Moore). They were married September 29, 1979 at Zion Lutheran Church in Buffalo where Clay became a member. Their love was bountiful, balanced, and caring, making them a perfect pair who were truly meant for each other. On April 11, 1982 they welcomed their first daughter, Jamie Lynn, and May 18, 1985 their second daughter, Sara Marie which made their family complete.

For most of Clay’s life, he worked as a machinist, but due to medical circumstances, he began driving bus for Greyhound out of Minneapolis, MN and eventually became the Supervisor of Driver Operations. In December 2007, Clay began driving school bus for the Buffalo/Hanover/Montrose school district, and retired in 2020. Clay loved kids and always had a smile on his face greeting those who rode on his bus.

Clay LOVED to fish and spend time at his and Deb’s cabin on Stalker Lake. Being out on any lake, and fishing, were two of Clay’s favorite activities. He proudly had many of his ‘trophies’ mounted on the wall at their cabin. He had a passion for woodworking and made beautiful and intricate gifts for so many people. Clay also loved to travel with his family. Clay and Deb visited all 50 states, Canada, Mexico, Europe, and various places in the Caribbean. He attended an Alpha retreat with Jamie, which is about receiving the Holy Spirit, and he took Sara to Las Vegas for the first time (they even came out ahead!). A very memorable trip for Clay was spending 5 weeks with Deb driving to Alaska and touring the entire state.

Clay dedicated most of his life volunteering for numerous organizations. He was a proud member of the Lion’s club and served many roles leading up to becoming a District Governor in 2009-2010. He was a member of MEADA, a Boy Scout leader, called bingo at Parkview Care Center in Buffalo, worked in the Buffalo Community Center Toy Shop, the Buffalo Fishing Klinic for Kids, Bison Fishing Forever, a big brother in the Big Brother/Sister program, and a member of Life Source which brought awareness to organ donation. Clay also started a transplant support group after he had his kidney transplant on April 15, 1993. Clay’s youngest brother Tony donated a kidney to Clay which allowed him to spend almost 28 more years with his family and be his daughters’ Sunday School teacher, basketball coach, Girl Scout Leader, cheerleader at volleyball games, watch Sara in the Buffalo Marching Band, drive Miss Buffalo candidates in parades (including Jamie), a mentor, role model and best friend.

Clay was a very outgoing person who had many friends from all walks of life. You could find him, almost daily, having coffee with his best friend Tim Hance and the rest of the boys. Frequently, when Clay would see a person wearing a Veteran’s hat, he would approach them, ask about their time served, thank them for their service, then pay for their meal. When at the cabin, Clay would be out on the water every day fishing with neighbors John and Ron, telling jokes, and reeling in the big fish. He was also an extremely proud grandpa to Mackenzie and Jackson. He taught them how to play basketball, golf, be the ‘net’ girl or boy, how to drive the boat and school bus, and of course, fish. There are no words to describe how proud, and happy, he was to be a grandpa.

Celebration of Life will be held Saturday, September 18th at the Buffalo American Legion, 304 10th Ave S, Buffalo, MN 55313 with a Memorial Service beginning at 11:00 AM. with lunch following. After lunch until 4:00 pm, we plan to Celebrate Clay’s life, share memories and stories, visit, look at pictures, play his favorite songs, sing and have a great time like Clay would want.  ENTER IN THE DOOR FACING WEST as that is the event area that will not be open to the public.  There is also parking on that side of the building.

Please RSVP before Sept. 1 (new date) to busy_mom_deb@hotmail.com if you are planning on attending if you haven’t done so already!!  Lunch is being catered and we want to make sure we have enough food!!

DRESS: Very casual – wear your fishing gear if you’d like!!

Funeral arrangements have been entrusted to The Peterson Chapel, Buffalo, MN.  On-line condolences can be made at www.thepetersonchapel.com