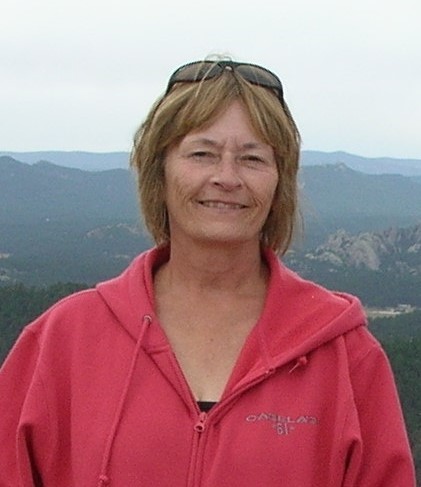 Charleen Louise Sand, 72 of Greenfield, MN was received into Heaven, on November 14th at her home in St. Michael, MN after a long and courageous battle with early onset Alzheimer’s Disease.

A private family service will be held to honor Char’s life on Friday, 11/20/20.  A celebration of Life  gathering will then be held at some time in the future, to be determine, after Covid is no longer a concern.  Interment will be held at the Opdal Cemetery in Florence, MN.

Char was born on March 15th, 1948 to Elizabeth and Harold Hansen in Lavern, Minnesota.  The family lived in Hornick, Iowa until 1954 when they moved to Russell, Minnesota where Char lived her childhood years.  Char was confirmed at First Presbyterian Church in Russell, MN and graduated from Russell High School in 1966.  Char attended Robinson’s Beauty School in Minneapolis and became a beautician.  She worked at a beauty shop in Apache Plaza for several years.  During this time she met her husband of 50 years and they were married on April 18th, 1970 at the Presbyterian Church in Russell, MN.

Soon after their marriage, Chuck was drafted into the US Army.  Char moved back to Russell, MN and worked as a book keeper for the Farmers Coop Elevator until she was able to join her husband in Fort Hood, Texas for a short time before they deployed to Augsburg, Germany where they lived for about 11 months.  After being discharged from the Army they moved back to the Twin Cities area.  Char again worked as a beautician until her 1st child was born and she became a stay at home mom and a wonderful house wife.  Chuck and Char have two sons, Christopher born in 1975 and Colin in 1979.

The family lived in Crystal, Maple Grove, and now resides in Greenfield, Minnesota.  During these child rearing years Char spent her time teaching Sunday school, Vacation Bible School, as well as, taking care of her family and we cannot forget her bread baking and cookies!  Char, enjoyed playing most any outdoor sport.  She also enjoyed running her boys to all their activities and lunching with her friends.  While the boys were in grade school Char volunteered at their school in the BUCKET program helping teachers and students.  She was also very active in the PTO and helped to organize the school carnival.

After the boys graduated from High School Char’s interests turned to her own hobbies of Stamping Greeting Cards, shopping for stamping supplies, and merchandizing greeting cards in various stores.  During this time of her life, Char’s volunteer time switched to personal interests of working with the Children’s Hospital and was involved with the annual fundraising event making many of the items sold at their annual craft sale.  Char then moved onto volunteering at the Greater Minneapolis Crisis Nursery for many years until she was unable to drive due to her illness.  She loved working with all those babies!  Char, also loved to travel and joined her husband on many work trips as well as many vacations together.  She was always a very social person and made many lifelong friends during her life journey.

Char was always very supportive of her husband’s work and hobbies.  She was also good at managing time together as husband and wife, and spending time with her own interests.  Char will also be greatly missed by her Husband Charles of Greenfield, MN: two sons and their families; Christopher, (Deceased)  his children Alythia, Jacob, Sage, and Orion: Colin, his wife Allyson of Ramsey, MN, their children Madalyn and Breckon: two siblings, Connie (Tony) Kettler of Rapid City, SD and Rick Hansen of Marshall, MN as well as many other extended family and friends.  Char was preceded in death by her parents Harold and Peg Hansen, sister Ruth Goetz, Brother Harold Hansen, an infant sister Lois Hansen, and her oldest Son Christopher.