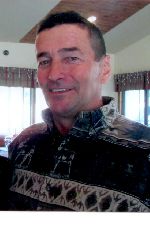 He was born on September 21, 1953 in Buffalo the son of Jerome W. & Lucille Ordorff Weldele.

John engaged in farming and he also worked for F.H. Schmidt as a foreman for many years until 2008.

He enjoyed family trips with his wife and their two daughters, spear fishing, hunting, playing cards and horseshoes.

John was a member of The United Methodist Church in Buffalo.

Preceded in death by his father: Jerome W. Weldele, his mother-in-law: Donna Mae (Wolff) Gade and by a niece: Emma Handt.

A visitation was held at the church on Friday, November 4th from 4-8 P.M.

The Peterson Chapel in Buffalo served the family. Online condolences may be made to
www.thepetersonchapel.com 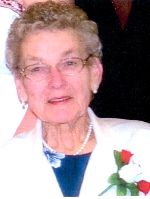 Beverly Jean Holland, age 78, of Buffalo and formerly of Watertown passed away peacefully at home on Tuesday, November 1, 2011 surrounded by her family.

She was born on January 16, 1933 in Fontanelle, Iowa the daughter of Walter & Mabel (Pearson) Johnson.

She was a devoted mother, grandmother, and great grandmother. Her greatest joy was spending time with her family.

Preceded in death by her husband: Harold L. Holland, Sr., a son: Richard Holland, her parents: Walter and Mabel Johnson and by a son-in-law: Gary Schiro.

Funeral services for Beverly Holland will be held on Friday, November 4th at 1:00 P.M. at The Peterson Chapel in Buffalo. Pastor Paul Kling will
officiate.

A visitation will be held on Thursday, November 3rd from 4-8 P.M. at the funeral home and on Friday, November 4th from 12 Noon until the time
of services.

The Peterson Chapel in Buffalo is serving the family. 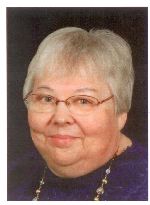 Mary Helen Swartzer, age 65, of Buffalo, MN died Sunday, October 30, 2011 at St. Cloud Hospital. Mary Helen loved life and fought hard against cancer for 8 years.
She was born to Leo and Rufina (Ramola) Florek on June 22,1946 in Watertown, MN.
Mary Helen graduated from St. Mary’s Catholic School in Waverly in 1964. On December 2, 1967, Mary Helen married Eugene Swartzer. She lived in Montrose and Delano before moving to Buffalo in 1988. Mary Helen worked at Napa in Delano for many years as a bookkeeper. She was a member of the Delano Legion Auxiliary, Northwest Deanery and was involved in the Boy Scouts.
She is survived by husband, Eugene; children: Michelle (Mike) Baker of Sauk Rapids, MN, Paul Swartzer of Park Rapids, MN, Margaret (Scott) Tornio of Appleton, WI and Jane (Tim) Kiphuth of Monticello, MN; grandchildren: Matthew, Mitchell, Marshall and Mackenzie Alger, Cody and Ashlee Swartzer, Ian Paulson, Alex Tornio, Wyatt and Addison Kiphuth; brother: Kevin (Pat) Florek; sisters: Karen (Alan)Hoskins and Janyse Florek.
She was preceded in death by her parents.
Mass of Christian Burial took place at noon on Wednesday, November 2 at St. Francis Xavier Catholic Church in Buffalo. Visitation took place Wednesday morning prior to Mass. Interment will follow at Fort Snelling National Cemetery at a later date.
The Peterson Chapel of Buffalo assisted the family with arrangements.

DeNyse was born on December 28,1927 in Sioux City, Iowa to Robert and Dorothy(Hines)Quimby.

The Peterson Chapel, St. Michael/Albertville is assisting the family with arrangements.

The Peterson Chapel of Buffalo assisted the family. 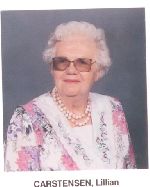 She was born in Buffalo on February 15, 1924 the daughter of Carl & Freida Erdman Carstensen.

She began working at the local lumber yard in 1945. Lillian finished with sixty two years in the lumber business before retiring.

She was a faithful member of St. John’s Evangelical Lutheran Church in Buffalo.

Her favorite saying was “See you round the corner.”

Survived by a niece and a nephew: JoAnn Fadden of Buffalo & Wayne (Janice) Mero of Milaca; great nieces, great nephews, other relatives and friends. Preceded in death by her parents and a sister: Emma Mero.

Visitation at the Church on Thursday morning, October 20th beginning at 9:00 A.M.

The Peterson Chapel in Buffalo served the family.