He was employed as a laborer in masonry construction.

He enjoyed fishing, hunting, spending time with his sons, snowmobiling and tinkering with things.

A Mass of Christian Burial for Virgil Dalbec Jr. will be held on Tuesday, July 26th at 10:30 A.M. at St. Mary’s Catholic Church in Waverly. Interment will follow at St. Mary’s Cemetery.

He was born on September 1, 1923 in Woodland Township, Wright County the son of Oggie & Elsie Mumm Mohring.

Alfred engaged in dairy farming with his brother Clinton and later worked at Mid America Dairy.

He was a faithful member of The United Methodist Church in Montrose where he served many years as a lay leader. Alfie also served fifty three years on The Montrose Fire Department, many of those years as its’ treasurer.

Through the years, Alfie was involved with Montrose Days, Boy Scouts, Montrose Planning & Zoning and formerly served on The Montrose School Board. Alfred received The Commodore Award from The Minneapolis Aquatennial Committee.

He was an avid hunter and fisherman. Alfie also was the “top chef” at the hunting shack. He enjoyed flowers, especially raising tulips.

A visitation was held on Friday, July 22nd at the church from 5-8 P.M.

Memorials are preferred to the Montrose United Methodist Church.

The Peterson Chapel of Buffalo served the family.

Bob was born on April 22, 1953 to Lucille and John Wiczek in International Falls, MN. Bob was a Marine with the United States Marine Corps and later rose to the ranks of Journeyman with the Iron Workers Local 512. For the past 25 years Bob has worked for Linco Companies as an Iron Worker, Estimator and Project Manager which ultimately led to his most prized position the “C.E.P.”

Bob enjoyed spending time at the cabin with his family, friends and beloved lab Daisy. He was a skilled and avid deer hunter, fisherman and outdoorsman, especially at “the shack” where “if it had four legs and was brown, it was down.”

He was preceded in death by his parents John and Lucille Wiczek and baby brothers Timothy and James.

David A. Swanson, 78, of Albertville, Minnesota passed away on Monday July 18.

David was a retired electrician for IBEW 292. 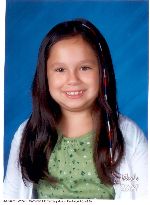 Nikole Hernandez, age 9, of Montrose passed away suddenly on Sunday, July 17th, 2011 at The Buffalo Hospital.

She was born in St. Paul on October 23, 2001 the daughter of Armando & Evelyn Benitez-Hernandez.

Nikole had recently completed the third grade at Montrose Elementary School. She played the violin.

A Mass of the Angels for Nikole Hernandez will be held on Saturday, July 23rd at 11:00 AM at The Peterson Chapel, Buffalo, MN.

The Peterson Chapel in Buffalo served the family.

Kurt J. Kjellberg, age 72, of rural Buffalo and longtime owner of Kjellberg Carpet One in Buffalo, passed away on Saturday, July 16, 2011 at The Marie Steiner Kelting Hospice House in Chaska.

He was born on April 7, 1939 in Monticello the son of Marty & Mae (Lyrenmann) Kjellberg.

Kurt graduated from Monticello High School in 1957 and later graduated with a B.S. Degree in Business from St. Cloud State University in 1963.

He honorably served his Country in the United States Army from 1963-1965.

On December 18, 1965 Kurt J. Kjellberg & Diane F. Holtan were joined in marriage in Brookings, South Dakota. They were blessed with three children: Donis, Bret and Kara.

He enjoyed his family, business, and golfing.

Preceded in death by his parents: Marty & Mae Kjellberg.

A Celebration of Life for Kurt Kjellberg will be held on Thursday, July 21stfrom 5-9 P.M. at The Wild Marsh Golf Course in Buffalo.

In lieu of flowers, memorials are suggested for the new Hospice House of Wright County.

Arrangements for Kurt Kjellberg are by The Peterson Chapel in Buffalo.