Karen was raised in Brooklyn Center and received a business degree from the U of M-Twin Cities in 1981 and an MBA from St Cloud State in 1988. In her early career she worked as a Market Research Analyst for several companies, including Fingerhut and the Federal Reserve Banking System. In 1993 she left her profession to focus on family and worked part-time with an adult illiteracy program. In 1996 she began an in-home business with Creative Memories and achieved several important promotions within that firm. In recent years she worked very hard trying to find relief from health problems which beset her.

Karen is preceded in death by her parents, Lois & Jerry Thielen.

Please have all flowers delivered to the church library.

The Peterson Chapel, Buffalo assisted the family with arrangements.

LuVerne Johanna Erickson 92 of Buffalo passed away peacefully after visiting with her granddaughters on Friday at Parkview Care Center in Buffalo.
LuVerne was born on October 3, 1919 to Julius and Freda (Klatt) Krause in Buffalo. She attended St. Cloud State University where she earned her Master’s degree in teaching. LuVerne’s last position before retirement was as an Elementary Principal for Delano Public Schools.
LuVerne enjoyed gardening and took particular interest in flowers, fishing up north, needlework, quilting and she enjoyed watching the birds.
LuVerne was preceded in death by her parents, sisters Irene Becker, Eloise Denney and son Donald Erickson.
LuVerne is survived by her aunt Elsie Mutterer, sister Audrey Mainquist, daughter-in-law Diane Erickson, granddaughters Denys (Tyge) Zucker, Darla (Todd) Heikes, great-grandchildren Bryan and Zachary Zucker, Darci and Trista Heikes.
Funeral services for LuVerne will be held at 12:00 p.m. Tuesday December 13, at St. John’s Lutheran Church in Buffalo. Visitation will be held Tuesday from 10:00 a.m. until the time of the service at St. John’s Lutheran Church in Buffalo. Interment will be at Lakeview Cemetery in Buffalo. 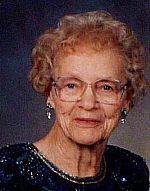 She was born on September 15, 1913 in Menomonie, Wisconsin the daughter of Frank & Frances Stoll Wedam.

Oliver & Sally wintered for many years in Sun City Arizona and spent their summers on Pelican Lake near Brainerd.

She loved gardening, birds, bowling, entertaining (was a great cook!) playing cards, fishing and mostly loved spending time with family and friends. Sally was a friend to all & had a great sense of humor!

A Memorial Mass of Christian Burial for Bertha “Sally” Krieger will be held on Friday, December 9th at 11:00 A.M. at The Church of St. Michael in St. Michael. Father Nathaniel Meyers will be the Celebrant.

Gift Bearers will be Marlys and Bob.

A visitation will be held on Friday, December 9th beginning at 9:30 A.M. until time of Mass at the Church.

A special thanks to The Wellstead of Rogers, Dr. Chris Johnson and Becky Ahlstrom (Consultative Health & Medicine).

The Peterson Chapel St. Michael-Albertville Funeral Home is serving the family. Online condolences may be made to www.thepetersonchapel.com

Mourning her loss will be a loving son, Cosby Coleman.

The Peterson Chapel, St. Michael assisted the family with arrangments.

Merton Mitchell was born November 17, 1933, at Ocheydan, Iowa, the oldest child of Donald and Lillian Mitchell.

Mert attended school at Shady Nook and Round Lake, Minnesota. He lived with his parents and farmed until 1977, when he moved to Round Lake with his mother and worked for the City of Round Lake as a maintenance worker until 1998. For the past thirteen years he resided in Buffalo, Minnesota, at Sunrise Assisted Living and Sunrise Cottages of Buffalo.

Merton was preceded in death by his parents.

He is survived by brothers Maurice (Bev) of Dublin, California, and Gerald of Tulsa, Oklahoma, and sisters Diane Coyle of Littleton, Colorado, Sharon Daugherty (Wayne) of Apple Valley, Minnesota, and Mary Ellen Johnson (Carl) of Buffalo, Minnesota, fifteen nieces and nephews, and twenty-five grand-nieces and nephews.

A memorial service for Merton Mitchell will be held on Friday December 2, at the Buffalo United Methodist Church at 11:00 a.m. 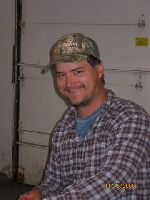 He was born June 26, 1974 in Minneapolis, the son of Don and Marlene (Oelke) Coleman. He lived in the Corcoran area before moving to Otsego in 1999.

Chad was a loving husband and a fantastic father who loved his children deeply. He was the best son and brother who had a big heart, beautiful smile and a calming, non-judgmental way about him. He loved anything to do with nature and outdoor sports, especially hunting, fishing and spearing. He also made spearing decoys and won awards for his abilities. He was extremely talented with tools and worked as a tool and die maker. He also built his house along with his father. Recently, he built his children a playhouse that was an exact model of their house. He was always willing to listen to anyone and had a unique ability to speak to strangers as if he always knew them.

Chad was preceded in death by his mother-in-law, Debbie (Sersch) Rice of Howard Lake and his best friend and companion, his dog, Lucky.

A memorial service will be held at 3:00pm Saturday, December 3, 2011 at the Peterson Chapel of St. Michael-Albertville, 300 Main Street North, St. Michael. Visitation will be held Saturday afternoon at the funeral home from 2:00pm until the time of service.