Durand Michael, son of Diane Onell of Eden Valley, and Randy Onell of Litchfield, was born January 11, 1981 in Litchfield. He was baptized and confirmed at Ostmark Lutheran Church. He graduated from Litchfield High School in 1999 where he first honed his musical skills in choir and band. Music would become a lifelong passion. He attended Concordia College in Moorhead, Minnesota, where he played his tuba in band, golfed on the golf team and studied Spanish. He earned his degree in Spanish Education following a study abroad experience at the Universidad de Navarra in Pamplona, Spain. He also traveled to
Costa Rica to both volunteer and pursue his passion for Spanish.

He impacted countless students and colleagues as a Spanish teacher, football, golf and knowledge bowl coach first at Rogers High School and most recently at Buffalo High School. He was first and foremost a positive mentor and role model, who established meaningful relationships with every student he encountered. He was as dedicated to his profession as a person could be, and he cared deeply for each and
every student. He served as a Fellowship of Christian Athletes huddle coach, and had a deep faith in God.

He lived his life as a genuine example to all, being continually described as a generous, compassionate, kind and caring lover of life. He accepted everyone, and never met an obstacle he couldn’t overcome with his positive attitude and infectious energy.

In his free time he loved playing his guitar as “Big D” for solo gigs, and as the frontman for Drop Tailgate. He played countless backyard gatherings, private parties, fundraisers, worship services, weddings and silly songs and lullabies for his nieces and nephews. He loved to play and teach the game of golf. Whether in a
boat or a deer stand, he was an outdoorsman who found peace in nature.

He is survived by his parents Durand O. “Randy” Onell of Litchfield and Diane Onell (Doug Ruhland) of Eden Valley; sisters Jennifer (Trent) Langemo of Mantorville and Amy Onell (Andy Twardy) of Litchfield; beloved nieces and nephews Kaia and Cael Langemo, Carly and Beau Twardy; grandmother Harriet Onell of Litchfield; many aunts, uncles, cousins and many other family members, as well as his numerous friends
that were family to him.

He was preceded in death by grandparents Theophil and Phyllis Kubes and Reuben Onell.

A celebration of life service will be at Zion Lutheran Church in Buffalo on Friday, March 25 at 11:00 AM with a visitation one hour prior. 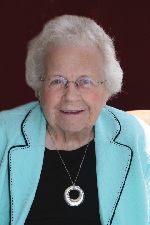 Mary Roberta “Tootie” (Riethmiller) Reese
Mary “Tootie” Reese passed away Wednesday, March 16th of 2016. She was born in 1920 to Robert and Mary Reese in Martin’s Ferry, Ohio. She was preceded in death by her parents and her two sisters, Gertrude and Esther. Her father passed away when she was young and she was raised by her sister Esther and her mother. Tootie was a good student and flew through elementary and high school with honors. She attended Business College then later returned to work in the office at Martin’s Ferry Hospital. She loved her job and worked there several years before marrying Wayne Riethmiller on St. Patrick’s Day in 1949. Wayne had started a well drilling business and he enlisted Tootie as secretary. But, the small company was struggling and in 1951, shortly after her son Mark was born, Wayne elected to take a job with Layne Drilling Company in Minnesota. They moved to Minneapolis where she enjoyed being a house wife and mother for the next four years until Wayne decided to go into business again. He started Tri-State Drilling in 1955 with several associates. Tootie again got a full time job as bookkeeper and secretary. Not only did they start the business that year, but she also gave birth to her first daughter, Marylou. Then, in 1959 her daughter Marilyn came along and her family was complete. Tri-State began to prosper so Tootie was able to ease her way out of the bookkeeping duties.
The family moved to Buffalo in 1961 and bought a home on Lake Pulaski primarily because her husband loved to fish. She did enjoy the scenic view of the lake from her kitchen window where she mastered her culinary arts. People raved about her cooking! Tootie and Wayne joined the Buffalo Presbyterian Church where they met many wonderful friends. During her years in Buffalo she logged many volunteer hours. She was a driver for Wright County Human Services and Meals On Wheels. She also served as a deacon at the church. Bowling, playing bridge and square dancing were her recreational activities. Her kids enjoyed growing up in Buffalo. They later attended college and were soon married. Mark wed Lucy Johnson from Texas, Marylou married Joel Swedberg whom she met in college, and Marilyn tied the knot with David Bullock from Buffalo. Tootie’s first grandchild was Marylou’s son, Derek. Years later she blessed her with another, Luke—and Marilyn delivered three—Lauren, Jenna and Cody in that order. Mark and Lucy didn’t have their own children but in their later years they adopted Reese who was given Tootie’s maiden name in her honor. And, then—in 2012 she became a great grandmother to Derek and Leslie’s twins, Blake and Brynn, and later to Halle. Throughout her years Tootie was a wonderful mother, a loyal friend, and a blessing to anyone who had the good fortune of knowing her. Even during her last years as a memory care resident at Wellstead in Rogers, Minnesota she endeared the staff and residents. It was with great sorrow that we, her children, said goodbye to her this March 16th, 2016. We do know that she is in the comforting arms of our Lord and Savior Jesus Christ. My hope is that they have stoves up there in heaven so that she can show off!
Tootie is survived by her son Mark Riethmiller and his daughter Reese, her daughter Marilyn and Dave Bullock, their three children, Lauren Tilus (Jake), Jenna Okerstrom, Cody (Dana) her daughter Marylou and Joel Swedberg, their sons Luke and Derek Swedberg (Leslie) and their three children Blake, Brynn and Halle. 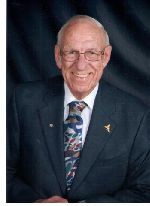 A Knights of Columbus Rosary will be said at 7 PM on Sunday evening.

Gordon “Gordy” Martin Bongaarts was born on October 12, 1934 in Benton TWP, Carver County to Anthony & Catherine (nee Laumann) Bongaarts. During High School he was a farm hand. He graduated in 1952 from Shakopee High School.
On May 30th, 1955 he married Helen Marie Dehn at St. Stephens Catholic Church in Anoka, MN. Gordy supported his family by working a variety of jobs. His first job was at Minneapolis Moline as a press operator, he then started a career in construction eventually starting his own business called Ogle Construction. He was also a realtor.
Gordy was an active member of the following organizations: St. Michael Catholic Church, where he sang in the Resurrection choir, the Knights of Columbus where he achieved 4th Degree, Catholic Aid, Hanover Historical Society and also an AA sponsor to many.
Gordy loved being busy. He especially enjoyed fishing and hunting with his family, bowling, golfing, woodworking, playing cards, especially cribbage and listening to the Minnesota Twins, his favorite team.
Gordy is survived by his wife of 60 years, Helen.
Children, Jim (Betty) Bongaarts, Gary (Tricia) Bongaarts, Joan (Gordy) Gutzwiller, Ray (Laurie) Bongaarts, Bob (Sandy) Bongaarts. 13 Grandchildren, 18 Great Grandchildren, Sisters, Rose (Don) Becker, Donna Becker, many nieces, nephews, loving relatives and friends.
Preceded in death by his parents, Anthony & Catherine (nee Laumann) Bongaarts, Brother, Greg Bongaarts, Sister, Dolores Weber, Brother In-laws, Eddie Weber and Roman Becker. Grandsons, Joey Bongaarts and Jason Gutzwiller.

Deborah was a graduate from Rockford High School. She was wonderful with children and babies and was a great teacher and artist. She was spontaneous and lived life to the fullest. She enjoyed music, poetry, and the ocean –always wanting to live by the ocean.