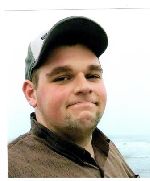 He is preceded in death by his aunt, Lisa; and great-grandparents, Mildred and Leonard Bruska, Lavera and Bernhardt Schultz, Herbert and Louise Maxwell, and Florian and Margaret Bauer.

Jacob was known for enjoying his career as a mechanic, working on cars, and being an avid outdoors man –enjoying fishing, four wheeling, snowmobiling, and hunting.

All are welcome to join in remembering Jacob on Thursday, January 28, 2016 at 2:00 PM, with visitation starting at 12:00 PM, at the Buffalo Evangelical Free Church in Buffalo, MN. Interment at Lakeview Cemetery in Buffalo, MN. 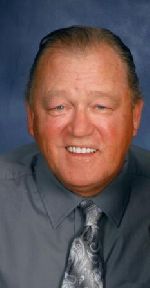 Raymond was born on September 4, 1948 in Brackenridge, PA to George Clayton and Sophie Helen (Wisnieski) Schmitt. He moved to Union, Illinois at the age of 4 where he was raised by his father and step-mother, Eileen (Crandall). He graduated in 1966 from Marengo Community High School in Illinois. He served in the US Army from 1967 to 1970, was stationed at Fort Leonard Wood, Mo and Fort Gordon, Georgia. He was a SSGT with the 101st Airborne Division in Vietnam from April ’68 – April ’69 and was awarded the Bronze Star. He later served in Seoul, South Korea. He received an honorable discharge in 1973. He moved to the Milwaukee, Wisconsin area and in December 1972 married Carol Ann Dieball. That union was blessed with two sons and one daughter, Daniel Edward, Eric Robert, and Robin Rae. On April 7, 2007, he married Sharilyn Ann (Freese) Simchuck and moved to St. Michael, Minnesota.

Ray was an avid golfer and could often be spotted on the local golf courses. His biggest thrill was golfing in Hawaii. In his youth he loved to play baseball and later watched it on TV, and often more than one game at a time. Ray has also written several poems.

In addition to his parents, he is preceded in death by brothers, Edward Clayton Schmitt and George Lyle Schmitt; and step-brothers, Stanley Koplin and Melvin Koplin.

Funeral services will be Tuesday, January 26, 2016 at 11:00 am at St. Paul’s Lutheran Church, 11024 Church Street NE, Hanover with visitation one hour prior to the funeral service. Interment with military honors will be at Ft. Snelling National Cemetery at 1:45 pm. Assembly area #2. the American Legion and Patriot Guard Riders will be present. 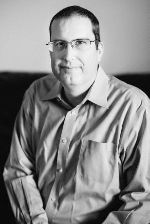 Nathan Porter Colgrove, age 47, of Saint Michael, Minnesota, passed away on Jan. 20, 2016, after a courageous three-year battle with small cell pancreatic cancer. He died at home surrounded by family.

Nathan was born in Prescott, Arizona. He married Lorilee Jones in 1991 in Salt Lake City, UT. He was the fourth of five children of Max and Maurine Colgrove. His family was his greatest joy.

He served in The Church of Jesus Christ of Latter-day Saints throughout his life, including a two-year mission in Australia. He was an Eagle Scout and involved in scouting as an adult.
Family and friends will remember his gift for word play, sense of humor and humility. He was a peacemaker and problem solver.

Nathan graduated with a Bachelor of Science and Master of Public Administration degrees from Brigham Young University. His career was spent working in the Information Technology sector, most recently as a manager with UnitedHealth Group. 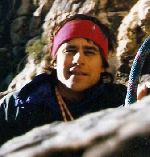 John Edwin Henley passed away on January 16, 2016, in Buffalo after a battle with cancer. He is survived by his children Rick, Jesse, and Elizabeth, his granddaughters Alexis and Anaya Mila, his mother Frances W. Henley, his siblings Jim, Richard, and Susan, his son-in-law Jason, daughters-in-law Chelsea and Vishantie, and his loyal cat Habu.

John was born in Binghamton, NY on March 20, 1953. He received his Bachelor’s degree in Aeronautical Engineering from the University of Minnesota, where he also competed on the swim team. After raising his family in Buffalo, John later moved to Colorado where he pursued his love of the outdoors. He returned to Buffalo last September to be with family and friends during his illness.

John was an avid outdoors man, rock climber, aviation enthusiast, engineer, programmer, martial artist, science fiction fan, math whiz, and insatiable reader of books. He spent much of his life hiking Colorado’s mountains, climbing with his kids, building electronics, attending air shows, and studying history. He will be remembered for his depth of knowledge, a quirky sense of humor, a quiet manner, and his kind heart. His spirit lives on with his children who themselves share many of his interests.

John’s family offers a heartfelt ‘thank you’ to all who attended to him during his illness and are grateful for the condolences offered by those who knew John.

Services will be held this Friday, January 22 at St. John’s Lutheran Church in Buffalo. Visitation will be from 5:00 to 6:00 in the evening, with a short service to follow at 6:00. There will be an informal reception at John’s longtime friend Tia Larson’s home after the service with food and drinks. All are welcome. 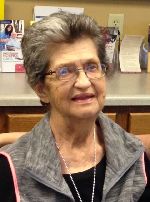 Annette was baptized on November 1, 1936 and confirmed in the Christian faith in April of 1947.

She graduated from Minnetonka High School in 1954.

Annette and Sonny farmed together in Maple Lake until 1998 when they sold the farm and moved to Clearwater, Minnesota.

Annette loved spending time with her children and grandchildren and enjoyed attending their school activities. For over fifty years she sang in the choir at Zion Lutheran Church in Annandale. She loved to crochet, making beautiful baby blankets for her grandchildren and also helped a quilting group in Clearwater. For many years Annette actively participated in TOPS. Annette and Duane loved to get together with friends and play cards. She also graciously supported her husband’s fishing habit. 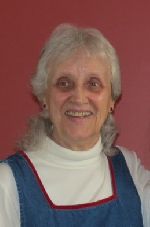 Visitation for Anne will be held Thursday, January 21 from 4 to 8 P.M. at Vision of Glory Lutheran Church in Plymouth. Funeral service will be held Friday, January 22 at 11:00 A.M. with visitation continuing one hour prior to the service at Vision of Glory Lutheran Church, 13200 MN Hwy 55, Plymouth. Interment will be at Sunset Cemetery in South Haven, MN.

Serving the family is The Peterson Chapel of Buffalo.