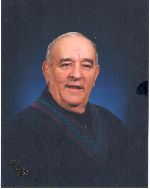 Visitation Information
AT THE CHURCH
Friday, April 8, 2016
One hour prior to Mass

Clyde A. LeClaire, age 83, of Big Lake passed away on Friday, April 1, 2016 at Bethesda Hospital in St. Paul. He was born on July 13, 1932 in St. Paul, MN. the son of John & Cecelia (Devine) LeClaire. Survived by his loving wife Joyce LeClaire; daughters: Susan (Jim) LeClaire & Janet LeClaire; sons: David (Kim) LeClaire and Paul (Mary) LeClaire; nine grandchildren: Matt, Ryan, Carly, Megan, Malissa, Mimi, Lauren, Nick and Stephanie; a brother: Bob LeClaire; many nieces and nephews, other relatives and friends. Preceded in death by his mother, dad, a brother and by 7 sisters. Mass of Christian Burial 11:00 A.M. Friday, April 8th, 2016 at The Historic Church of St. Peter, 1405 Highway 13, in Mendota. Interment with military honors Fort Snelling National Cemetery. Visitation AT THE CHURCH one hour prior to Mass on Friday, April 8th. Memorials are suggested to The Alzheimer’s Association. 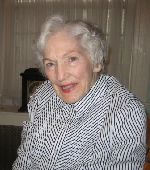 She is preceded in death by her husband, Mike Hosko in 1984 and sister, Mary Powell.

She is survived by her sons, Mike (Jan) Hosko and Mark Hosko; grandson, Michael Hosko; siblings, Charlie Krayer and Annie Walch, and many nieces, nephews, family and friends.

Family services will be held in Pennsylvania. 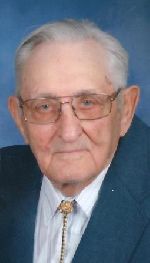 Gerald was baptized and confirmed in his faith at St. Peter Lutheran Church in Goodwin, South Dakota.

On November 2, 1947 Gerald George Krause and Rose Ann Rydbom were joined in marriage at St. Martin Lutheran Church in Watertown, South Dakota. The two were blessed with seven children.

Jerry was a faithful member of Cross Lutheran Church in Rockford, Minnesota where he was a Church Elder.

Jerry enjoyed fishing and grouse hunting, trips to the casino, family campouts, and traveling with Rose Ann in their motorhome –even riding down the Grand Canyon on mules. He also enjoyed his daily morning coffee club with “the guys” at Rockwell’s Cafe in Rockford.

He is preceded in death by his parents, George and Clarice Krause; son, George Henry Krause; and daughter, Rosella Mae Krause.

Michael Kronforst, 71, passed away peacefully at home in St. Michael, Minnesota surrounded by his family. Mike was born in Two Rivers, Wisconsin to Norman and Ruth Kronforst. He graduated from Washington High School where he met his wife, Gloria, of 51 years.

Together, they ventured to the Minneapolis area and settled down to raise their two sons. Mike loved to travel around the country with Gloria and going on long walks and bike rides along the way. He was a dedicated father and a wonderful grandfather. In addition to Gloria, he is survived by his sons Stephen and Mark (Jean) and his grandchildren Logan, Charlie, Jaina, and Drew.

Mike was also passionate about his career in broadcasting education. He spent decades teaching and helping his students learn to be broadcasters and launch careers. He touched the lives of many students over the years and will be remembered as a beloved teacher and mentor.

Mike was preceded in death by his parents and his brother Patrick. 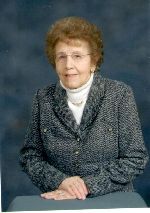 Agnes M. Kohnen, age 89, of Albertville & formerly of Loretto died quietly in her sleep on Friday, March 25th, 2016 at her residence.
She was born on June 8, 1926 in St. Leo the daughter of Joseph W. & Margaret (Eilen) Volkenant.
On October 30, 1946, Agnes M. Volkenant and Marlin C. Kohnen were joined in holy marriage at Ss. Peter and Paul Catholic Church in Loretto. God blessed their marriage with six children: Gary, Kathleen, Mark, Steve, Janet and Peggy.
Agnes and Marlin engaged in dairy farming in Greenfield for many years.
She was a faithful member of St. Albert’s Catholic Church in Albertville.

Survived by her loving children: Gary (Vivian) Kohnen of Buffalo, Kathleen Vergin Beaudry of Otsego, Mark (Eveleen) Kohnen of Buffalo, Janet (Arthur) Jones of New Hope & Peggy (Ron) Buerman of Richmond; a daughter-in-law: Linda (Steve) Kohnen of Rogers; twenty two grandchildren, twenty two great grandchildren; a sister: Margaret Anderson of Maple Plain; a sister-in-law: Lucille Thies of Hopkins; brothers in law: Dave Sovell of Maple Plain & Elton (Darlene) Kohnen of Mesa, Arizona; other relatives and friends.
Preceded in death by husband Marlin C. Kohnen, a son Steve J. Kohnen, two sons-in-law, her parents and seven siblings.
A Mass of Christian Burial for Agnes Kohnen will be held at 11:00 A.M. on Wednesday, March 30th at The Church of St. Albert in Albertville. Father Peter Richards will be the Celebrant.
Interment Ss. Peter & Paul Cemetery in Loretto.
A visitation will be held AT THE CHURCH on Tuesday, March 29th from 4-8 P.M. Further visitation will be held at the church on Wednesday morning, March 30th one hour prior to Mass.
Casket Bearers will be Nathan Kohnen, Randy Vergin, Daniel Kohnen, Thomas Kohnen, Katie Jones and Keith Robeck. 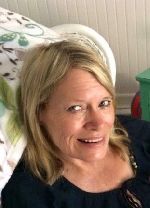 On April 27, 1974, Dixie Borcherding and Martin Neswick were united in holy marriage at Sacred Heart Catholic Church in Sioux City, Iowa. The two were blessed with three children. The family moved to Minnesota in 2003.

Dixie enjoyed going to the casino, baking, Dr. Pepper, being a loyal fan of Days of Our Lives, reconnecting with friends and family on Facebook, and listening to country music. Her greatest enjoyment was spending time with her children and grandchildren.

She is preceded in death by her parents, Wendell and Goldie Borcherding; and nephew, Chad Hutzell.

A memorial service for Dixie Neswick will be held Saturday, April 2, 2016 at 3:00 PM with visitation one hour prior at the Peterson Chapel of Buffalo.

Serving the family is the Peterson Chapel of Buffalo. 763-682-1363. www.thepetersonchapel.com.