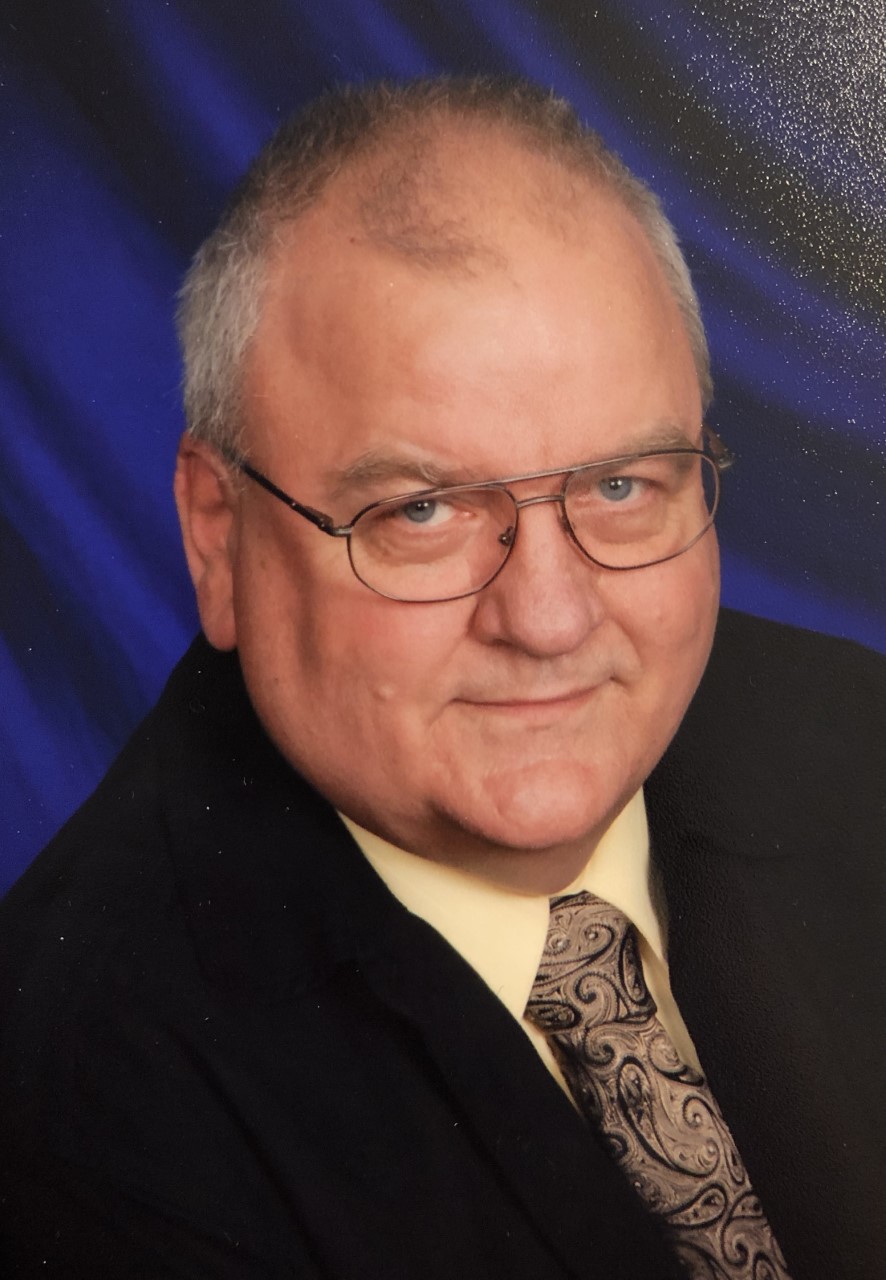 Wayne M. Strehler, age 70 of Rockford, passed away on January 9, 2020 after fighting a 15 year battle with cancer.

Wayne was born on June 20, 1949 in Minneapolis, Minnesota, the youngest son of Elmer and Edna Strehler. He was baptized on July 17, 1949 at Salem Evangelical Lutheran Church in Greenfield by Pastor Haar and was confirmed in the Christian faith at Salem on April 7, 1963. Wayne graduated from Rockford High School in 1967 and went on to Dr. Martin Luther College where he received a Bachelors of Science Degree in Education.

On May 4, 1974 Wayne and Bonnie were united in marriage. God blessed their marriage with a beautiful life together and two sons, Seth and Matthew.

Wayne engaged in dairy farming in Hamel for 15 years. He later worked in sales and then to Boston Scientific where he finished his career. Wayne enjoyed gardening, chess, antiquing, baking and visiting with family and friends.

Wayne is survived by his loving and caring wife of 45 years, Bonnie; sons, Seth (Jennifer) and Matthew (Dawn); his fond grandchildren, Cody and Kaci; brothers, Donald (Karen) and Wilferd (Diann); many nieces, nephews, other relatives & friends. He is preceded in death by his parents, Elmer and Edna Strehler; and niece, Clarice Schleif. 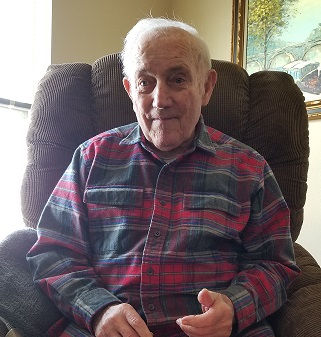 Frank J. Folwarski, age 91, of Albertville and formerly of Brooklyn Center passed away peacefully at J.A. Wedum Residential Hospice on January 2, 2020. Preceded in death by son, Jerry; sisters, Ann and Fran; and by a brother, Vodge. Survived by wife Joyce of 70 years; daughters: Pat Skindelien, Susan (John) Gosh, Sandra (Timothy) Flander and daughter-in-law: Bev Folwarski; 11 grandchildren; 16 great grandchildren; many nieces, nephews, other relatives and friends. Frank was a US Navy Veteran and served as a Fireman’s Apprentice. He retired from Osseo School District #279 after over 30 years of service, although some knew him best as “Frank the painter”. He was a member of St. Alphonsus Catholic Church. He was a member of the Struthers Parkinson’s Day Program and enjoyed his time there each week. He loved the outdoors, especially fishing and hunting. He taught many of his grandchildren the art of fishing, both on the water and on the ice. He loved taking care of his garden and enjoyed the harvest. Funeral service Sunday, January 12th, 2020 at 4:30 P.M. at The Peterson Chapel, 300 Main Street N., St. Michael, MN. Visitation from 3:00 P.M. until time of services at the funeral home.

She was born on February 16, 1936 in Minneapolis, MN to Dudlee and Dorothy (Church) Ebert.

JoAnne was a generous and loving person who enjoyed helping and serving others. Her occupation as a cook and waitress took her talents to many local establishments: BoDo’s Café in Delano, The Hanson House in Long Lake, The Ox Yoke Inn at Lyndale, Wessex Supper Club in Montrose, and Billy Bob’s in Rockford.

In her later years, while at The Glenn Assisted Living in Buffalo, she still enjoyed helping the staff by handing out snacks and spending time in the kitchen.

She is survived by her son, Ray and his wife, Franny; grandsons, Vince, Tony, and Paul; and many other relatives and friends.  She will be sadly missed by all who loved her.

Per JoAnne’s wishes, there will be no memorial services.

Funeral arrangements have been entrusted to The Peterson Chapel in Buffalo. Online condolences for the family may be directed to www.thepetersonchapel.com 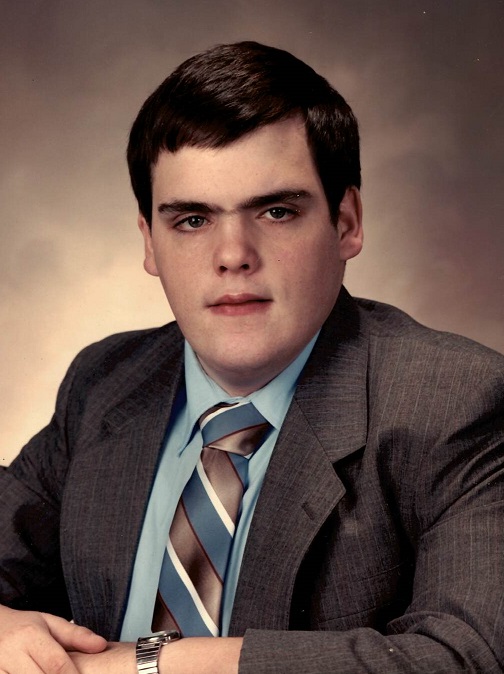 James “Jimmy” Mark Daleiden, age 52, of Cokato, passed away on Tuesday, December 31, 2019 due to kidney failure. He was born on September 24, 1967 the son of Glen R. & Dorothy T. (Becker) Daleiden. Jim enjoyed bowling, comic books, football, baseball, work, movies, food and reading (the important things in life: TV guides, menus and comic books). Jim is survived by his loving parents: Glen & Dorothy Daleiden of St. Michael; his siblings: John (Julie)of Blaine, Dan (Kelly) of Big Lake, Teresa (Keith) Carter of Oklahoma, Paul (Jane) of Albertville, Dave of St. Michael and Chuck (Jennifer) of Otsego; 17 nieces and nephews and 16 great nieces and nephews. A special thank you to the caregivers at AME and Functional Industries for all their help and support for the past thirty years. In lieu of flowers, memorials in Jim’s name may be made and the family will donate to charitable causes. Mass of Christian Burial Monday, January 6th, 2020 at 11:00 a.m. at The St. Michael Catholic Church in St. Michael. Interment will follow at St. Michael Cemetery. Visitation Monday morning, January 6th two hours prior to Mass AT THE CHURCH. 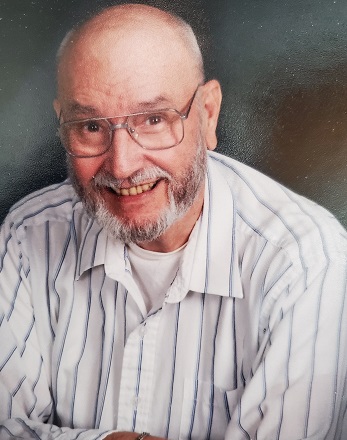 He was born on August 14, 1944 in Deshler, Nebraska to Harold B and Gladys I (Stanley) Johnson.

Stanley grew up in Davenport, Nebraska and attended the Methodist Church as a child with his parents. He attended high school there, graduating with the class of 1962. After high school, he furthered his education and obtained a bachelor’s from Peru State and then received a master’s degree in Education Administration from the University of Nebraska-Kearney.

On March 18, 1967 he was joined in marriage to Virginia (Elifritz) in Edgar, Nebraska. The two had initially met on a blind date set up by their friends.

He then taught history and business in Dannebrog, Nebraska. It was his first teaching job out of college.

The 1967-68 school year, He taught history and coached Golf at Centennial School in Centura, Nebraska, eventually moving to Litchfield, Nebraska during the 1968-69 school year to become principal, taught history, coached the girls’ basketball team and drove a bus route. A new principal position led him to Orleans, Nebraska in 1970 where he was also history/business teacher, assistant football coach and had a bus route. Stanley was a member of the Orleans Lions club, a Mason and Shriner. He volunteered as an EMT on the Orleans Fire and Rescue. He was a member of the Orleans Presbyterian Church and served as superintendent of Sunday school, taught adult Sunday school class, was an elder on the session and preached on occasion.

Stanley worked for 10 years in education. In the summers he would haul silage for a local farmer or for the mill in the evenings for fun, he enjoyed hauling with his friends the most. He founded CB Trucking for a few months before working for Kugler Oil Company for 18 years. He still drove the school bus for the local district. He later started his own business, Financial Management Services in 1989.

Eventually he and his family made their residence in Buffalo, Minnesota where he initially worked for Suburban Propane for 3 years. He then worked in accounts receivable for 12 years with AccountTemps agency. He retired in 2008. He was a member of the Buffalo Presbyterian Church during which he served as elder on the session for a brief time and taught adult Sunday school class. He and his son bowled with the BPC men’s league on Wednesday nights for some time. He was on the Fingerhut bowling team with his wife for a few years and enjoyed it. He preached a few times at Park View care center. He enjoyed sharing a message when he could.

Stanley loved staying connected with former students on Facebook. He wrote novels in his free time and wrote many editorials for newspapers. He was an avid sports fan and enjoyed watching his favorite teams in the later years especially. He went to a few Twins games and went to one Timberwolves game. In the fall every Saturday he would watch the Nebraska Cornhuskers College football team play. The analysis after the game was shared with both his son and son-in-law over the phone.

He is preceded in death by his parents.

Memorial Service will be held Saturday, January 11, 2020 at 11:00 AM with visitation beginning at 9:00 AM at Buffalo Presbyterian Church in Buffalo, Minnesota. Funeral arrangements have been entrusted to The Peterson Chapel in Buffalo. Online condolences for the family may be directed to www.thepetersonchapel.com. 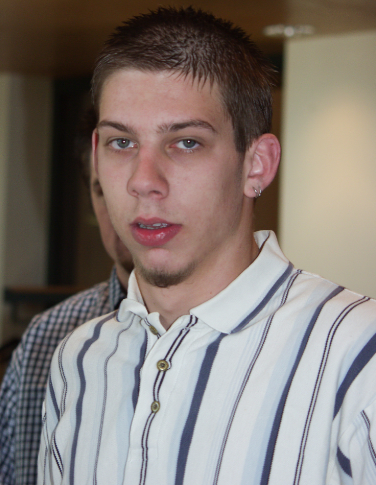 Justin was born on October 18, 1985 to Robin Koltermann and Wayne Warnke in Waconia Minnesota.

He had a passion for motor cross and racing dirt bikes.