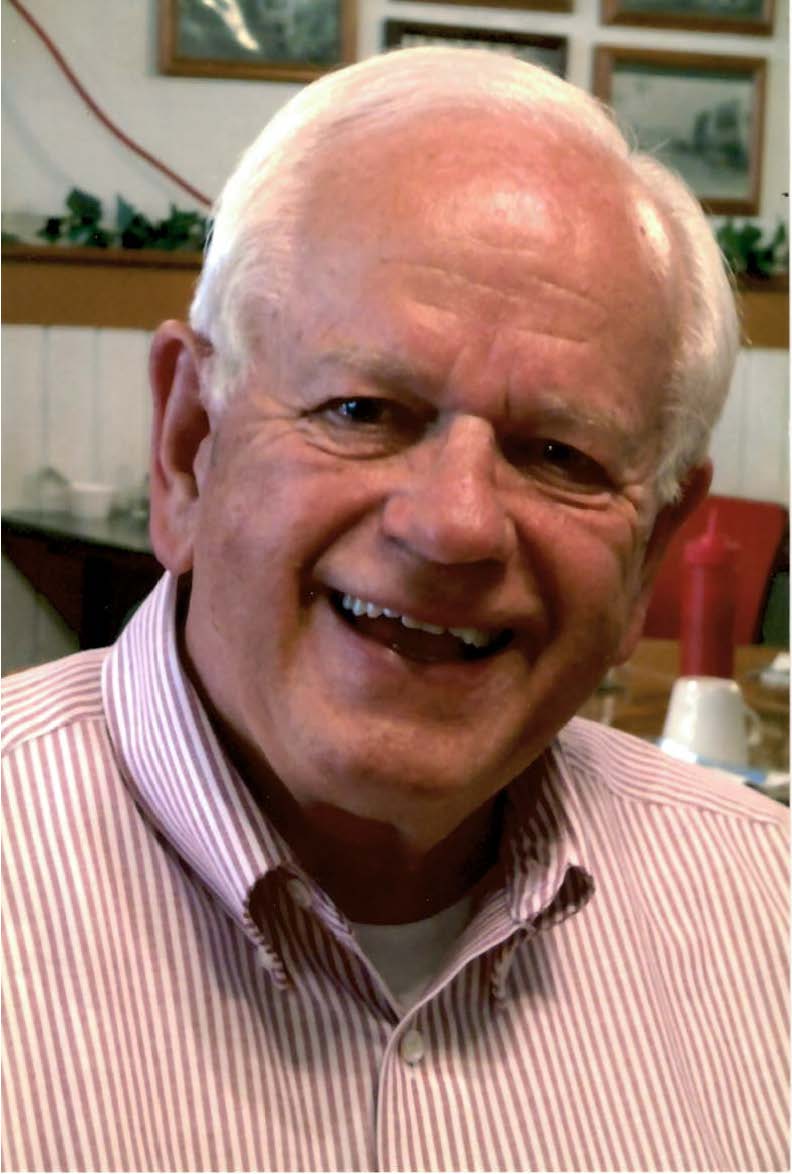 Charles Edward Bergstrom was born October 10, 1941 in the Swedish Hospital in Minneapolis, MN to Edward and Ruth (Gilberg) Bergstrom. He lived in Camden Station (now Brooklyn Park) until age twelve. He attended Berg and Benson grade schools and attended seventh grade at Anoka High School. After moving to Buffalo, MN in August 1954, he graduated from Buffalo High School in 1959.

“Chuck” was drafted into the US Army in 1964 and after basic training in Missouri, he served in Fort Riley, KS and in Vietnam, and also visited several other countries. Chuck, a Spec. E-5 served as a helicopter parts specialist.

On November 17, 1966, he married Coralyn Virginia Florell at the First Baptist Church in Sioux Falls, SD. He had just received three speeding tickets, so Coralyn drove as they eloped, stopping in Pipestone, MN to ask his sister Muriel and husband Pete to stand up for them. God blessed them with two wonderful daughters.

Chuck worked for his dad in the farm implement business and eventually bought the business, originally with his brother, Doug in the 1970’s. Chuck liquidated the farm store in 1994. After taking a year off, he worked for Long Lake Tractor, and after they closed in 2000, he worked part-time as a driver for an auto parts store.

Chuck and Coralyn, in their first thirty-three years together, moved a total of nine times, always thinking of a home more suitable for their current needs. In 2015, they moved to Shoreview, MN to be closer to their daughters and their families.

Chuck gave his heart to his Lord and Savior, Jesus Christ at the age of twelve, but was not always a perfect Christian. In the years of retirement, his desire to serve his Lord and Savior increased significantly. Though most of his years he served at Buffalo Evangelical Covenant Church, he and Coralyn started attending a monthly hymn sing at a small country church and became involved serving at other churches as well.

Chuck has also enjoyed water sports, friends, travel, hymn sings, and best of all his children and grandchildren and loved to plan fun events with them.

He is preceded in death by his parents, sisters Janice Olson and Ginny Semelsberger, and brothers-in-law Eldon Olson, Peter Lindquist and Larry Semelsberger.

Visitation will be at Holcomb-Henry-Boom-Purcell Funeral Home of Shoreview, MN Tuesday, December 17 from 3:00-7:00pm and one hour prior to the service at Buffalo Evangelical Covenant Church of Buffalo.

A funeral service will be held at the Buffalo Evangelical Covenant Church of Buffalo on Wednesday, December 18 at 11:00am, with visitation one hour prior to the service at church. 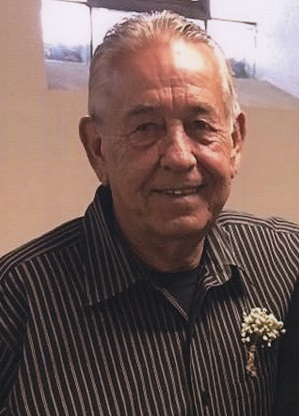 Gareth “Gary” James DeMarais, age 74 of Buffalo passed away on Thursday, December 12th, 2019.
He was born on February 5th, 1945 in Buffalo, MN. The son of Howard and Esther (Wurm) DeMarais.
On May 27th, 1967 Gareth J. DeMarais and Judith L. Jorgenson were joined in holy marriage at St. Francis Catholic Church in Buffalo by Father Francis Reynolds. God Blessed their marriage with two children Troy and Tiffany.
Gary later became a member of St. John’s Evangelical Lutheran Church.
He honorably served with the United States Navy from November 1966 to October 1968 aboard The USS Borie.

Gary was employed by Tri-State Pump and Control for many years until he retired.
He loved to go hunting with his son and grandsons on their yearly weeklong excursion to Middle River, MN. He also loved to go fishing especially for northerns in Devils Lake, ND with his Grandsons. Gary enjoyed golfing almost every day when the weather was warm. He just loved spending time with family and friends, cause no matter the situation, he could always make you laugh.
Survived by a son: Troy (Teri) DeMarais of Devils Lake, ND; daughter: Tiffany (Adam) Weis of Buffalo; grandsons: Joshua (Ashley) DeMarais, Justin DeMarais, Jordan (Breanna) DeMarais, Brady and Cody Weis; Dalton and Braeden; great grandchildren: Camden, Caleb, Arya and Thea; very special friend Joleen Braatz; brothers and sisters; Ronnie , Mary (Dick) Haberle, DuWayne “Champ” (Dixie), Gloria Hollerbach, Darryl (Gloria), Darwin “Buck” (Marsha); sisters-in law, brothers-in law, nieces, nephews, other relatives and friends.
Preceded in death by his wife Judith “Judy” DeMarais on September 9, 2010, his parents Howard and Esther DeMarais, brothers and sisters Howard Jr. “Bud”, Bernice, Dorothy, Elaine, Delores, Maurice “Des” and Richard.
A Memorial Service for “Gary” DeMarais will be held on Thursday, December 19th, 2019 at 11:00 A.M. at St. John’s Evangelical Lutheran Church in Buffalo. Pastor David Taylor will officiate.
Interment with military rites will follow at Lakeview Cemetery.
A time of gathering will be held on Thursday morning, December 19th from 9:00 A.M. until time of services at the church.
Honorary urn bearers- his grandkids: Joshua, Justin, Jordan, Brady and Cody 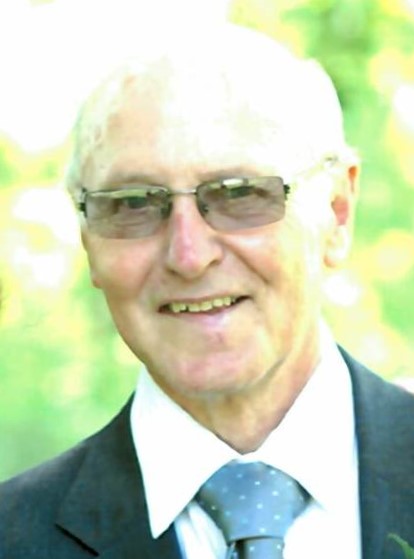 He was born in Delano, Minnesota on April 7, 1944 to Jacob and Margaret (Pillatzke) Bokusky. After graduating from high school in Delano, he furthered his education at the University of St. Thomas in St. Paul, Minnesota. He received his Bachelor’s degree in Political Science in 1966.

Following his college graduation, he enrolled in to the Air Force Officer Training Program to serve his country during the Vietnam War. He flew trainer planes and trained pilots, did rescue missions, and was honorably discharged with a rank of Captain in 1971. He proudly served in the military for five years.

While stationed overseas, there was an ad in the local newspaper for people to write letters to men and women in the service during the holidays, and that was how Ed and Gerri Havisto initially “met”. She sent him a letter and eventually the two became pen pals. When he returned home, they went on a very memorable date; dinner at the Dairy Queen and a Movie at the “old” Delano Theater. Eventually, the two were joined in holy marriage on June 13, 1970 at St. Francis Xavier Church in Buffalo. They were blessed with two children.

Ed was known for playing pranks on his family and friends; he went as far as placing mouse traps in Gerri’s lunch bags and hiding crescent wrenches in her purse when she went to the bank to cash in spare change! He always had a funny joke to tell.

He was an avid gardener, and would grow an amazing assortment of vegetables, fruits, plants, and flowers. Ed would make jellies and wines with the various fruits he would grow, and would enter his jelly in the Wright County Fair. Later in life he became a well-known baker also entering his baking items in the same fair as well. He also grew a unique love for his pets, reluctantly feeding his outdoor cats and even recently enjoyed walking his grand-dog Teddy. You could also find him in a fishing boat, spending many hours on the lake catching all kinds of fish mostly with his trusty cane poles.

Ed and Gerri loved to travel and taking road trips across the country were some of the most memorable moments they spent as a family.

Overall, Ed was truly a genuine, loving, and kind person. He was devoted to his faith, and loyal to God, family, and country. He was a proud member of St. Francis Xavier Church, and was a member of the church choir, adoration, bible study, and Knights of Columbus.

He is preceded in death by his parents, Jacob and Margaret; brothers, Leo and Louie; sisters, Laura Karels and Mary Kowalke; brothers-in-law, George Karels Sr, Leo Neaton, and Donny Kowalke; father-in-law, Ben Havisto; and many other beloved family members.

Visitation will be held Monday, December 16, 2019 from 5:00 – 8:00 PM with prayer service at 7:30 PM at St. Francis Xavier Church in Buffalo. Mass of Christian Burial will be held Tuesday, December 17, 2019 at 11:00 AM with visitation one hour prior at the church. Interment to follow at St. Francis Xavier Cemetery with military honors following Mass. In lieu of flowers, memorials are preferred to the family, as they will donate them to their charity of choice. 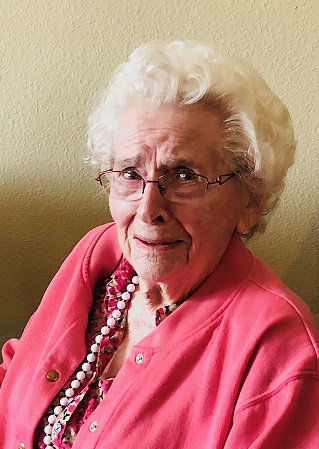 Inez “Pinky” Oliver, 96 of Hanover, Minnesota passed away on December 10th, 2019. She was preceded in death by her husband John, parents Anna and Peter Walesch, 9 brothers and sisters, 2 daughters-in-law Linda and Terry Oliver, 2 great grandsons William Fehn and Robert Oliver. Survived by children: Dan (Sue) Oliver, Bob Oliver, Irene (Terry) Soeffker, John Oliver, Lorie (David) Menzel and Jim (Benita) Oliver. Pinky married John Oliver in 1947 and farmed in Crystal Bay and then Burschville. They then moved to Hanover Minnesota, where they ran The Oliver Grocery Store in Hanover until the early 60’s. After the death of her husband in 1972, Pinky cleaned homes (until the age of 90) and raised her children. They were blessed with 6 children, 15 grandchildren, 34 great-grandchildren and 1 great-great grandchild. She was a faithful member of St. Michael Catholic Church for 96 years, and will always be remembered as a good friend and a loving mother and grandmother. Mass of Christian Burial Monday, December 16th, 2019 11:00 A.M. St. Michael Catholic Church in St. Michael. Visitation Sunday, December 15th 4- 8 P.M. at the funeral home. Further visitation one hour prior to the Mass Monday, December 16th at the church. 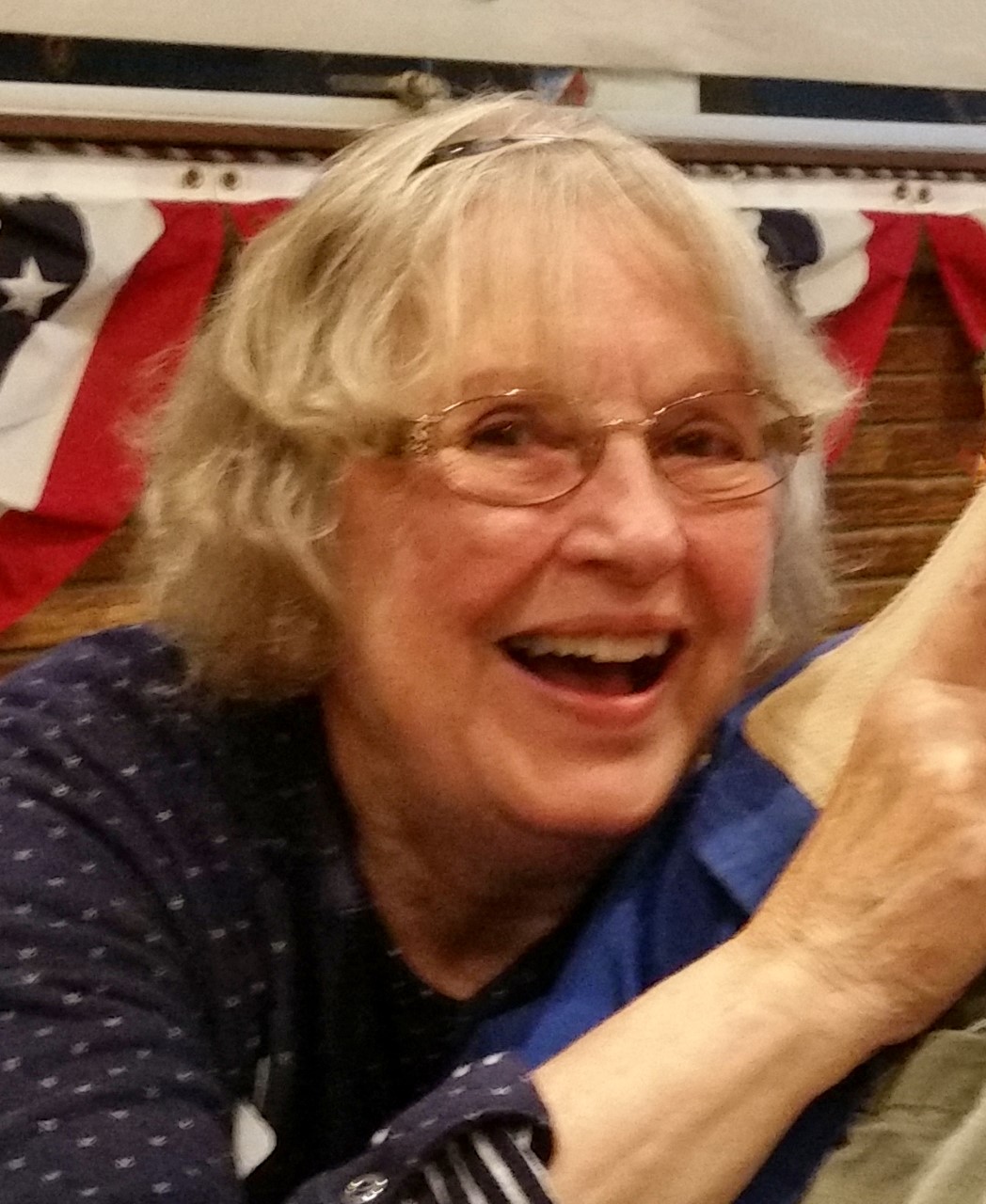 Karen Lee (Jarppi) Linnell age 81, of St. Michael, passed away peacefully at her home Nov. 29, 2019. She was born August 12, 1938 in Minneapolis, MN to Henry Livingston Jarppi and Gladys Miriam (Peterson) Jarppi. Karen spent her childhood years in the Glenwood Avenue area and graduated from North High. After High School Karen worked for Munsingwear in the now International Market Square Building, then she married her long-time love Richard Wayne Linnell. They were married August 17, 1957. Richard was shortly drafted to the Army after and served during the Korean War. Karen joined him and lived in Tacoma, WA for a short period and then they moved back home to MN. They then had two children Bradley Kenneth and Laura Lee and resided in Brooklyn Center.

Karen has been a long-time member of the Mes Amies. (my friends in French) A group of childhood friends and they have remained friends ever since. Karen would look forward to playing Domino’s with her Mes Amies once a month. Karen was also a volunteer to the Glenwood Avenue Reunion for many years. She worked for Park Center High School and some odds and ends jobs but always a homemaker, loving Mom and wife.

Karen enjoyed crocheting, scrapbooking, crossword puzzles, cooking, bowling, golf, spending time at the lake, her doggie Zoey, and most importantly spending time with her family and her granddaughters. Karen always had time for an ear to listen and she always had a great,” that Karen” grin! She was also very true to her Finnish heritage every year attending the Temperance Corner festival, in celebration to her ancestors.

She is preceded in death by her parents, and loving husband of 61 years, Richard Wayne Linnell.