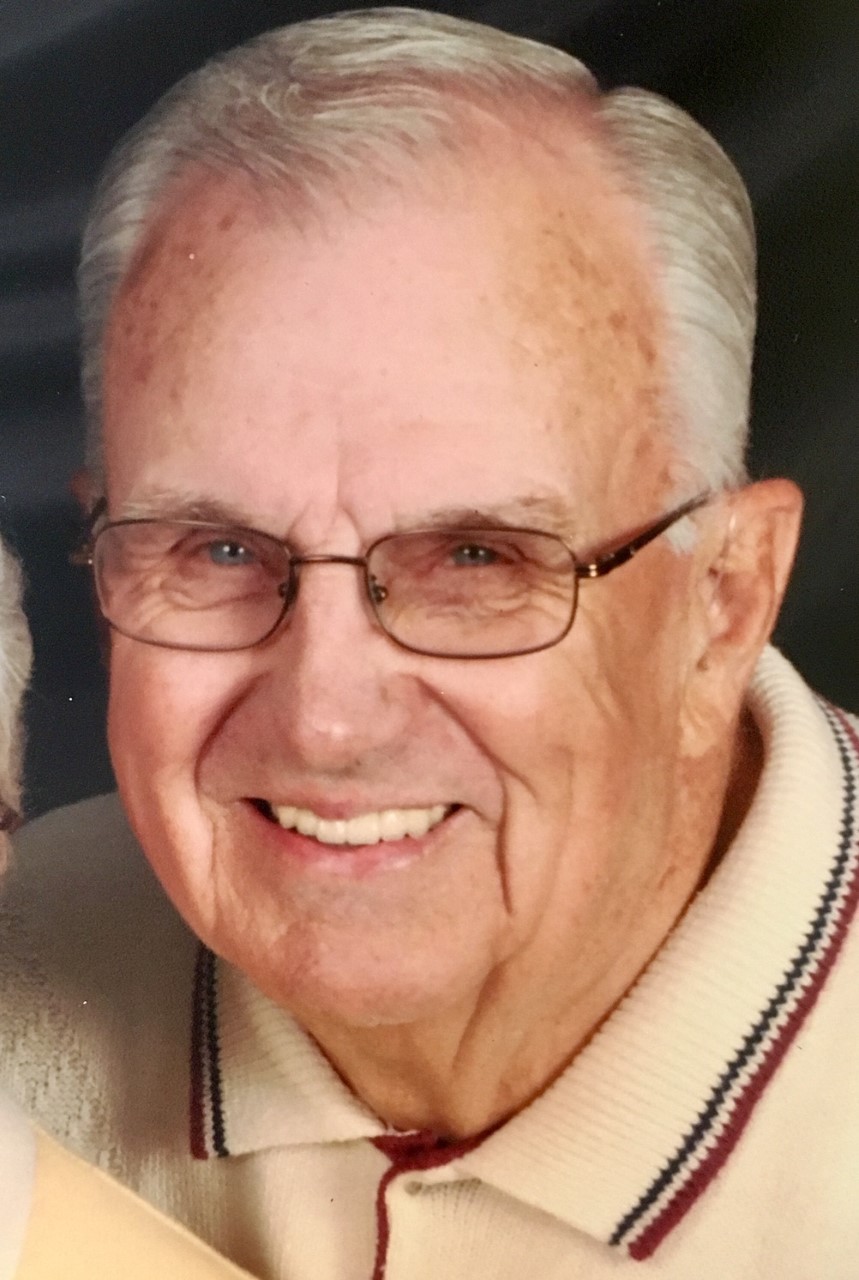 Roy Trullinger Jr.
Age 86 of Hanover, passed away January 16, 2019. Preceded in death by parents, brother Ronald and sister Bonita. Roy’s career included early on several jobs in the service industry and then he spent 25 years serving the city of St. James, Minnesota as the City Clerk-Treasurer retiring in 1994. In those years Roy was extremely active in the community making very positive impact.

Roy served in the United States Army, serving time in Japan and Korea. He was a lifetime member of the VFW & American Legion. Roy was a proud American who loved and honored his country.

Roy married Shirley Ewy in August of 1956, they made their home in St. James where they raised their two sons, Dan & Mike. They were very special people opening their home to many foster children and running an in-home daycare giving a lot of love and care to so many children. Roy said he treasured the many hugs he received from the kids throughout the years. When they retired, they spent a number of years in Arizona and then made their way back to Minnesota to be near their family.
Roy & Shirley loved to travel with their family, they spent a lot of time traveling the country in their airstream seeing new places and meeting new friends. They also shared many summers with their kids and grandkids at the Army Corp Camp ground in Crosslake MN.

Funeral arrangements have been entrusted to The Peterson Chapel of St. Michael-Albertville. Online condolences may be directed to www.thepetersonchapel.com 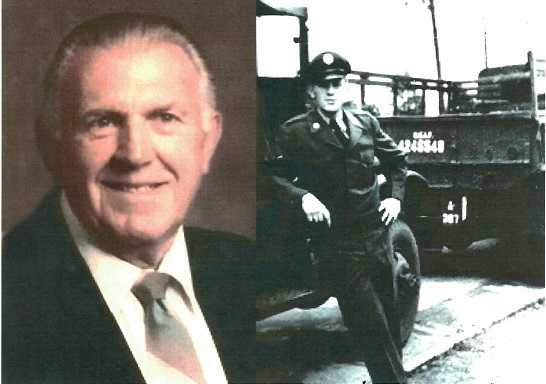 He was born in Grand Forks, North Dakota on February 26, 1932 the son of George E. & Ragnhild (Geving) Teige. Ardell honorably served his country as a member of the U.S. Air Force during the Korean War (1950-1954), stationed in Japan and the Philippines. He was also a proud member of the North Dakota American Legion (Post #299). On September 1, 1955, Ardell was joined in holy marriage to Phyllis E. Johnson at The United Lutheran Church in Grand Forks, North Dakota. God blessed their marriage with five children. He graduated from the Wahpeton, North Dakota State School of Science in 1957. Ardell worked as an Electrical Technician and Service Manager at Monroe Systems for Business for 40 years. His devotion to his family and his faith defined him. Ardell was a member of Mount Olive Lutheran Church in Duluth and St. John’s Evangelical Lutheran Church in Buffalo. Ardell had a great sense of humor. He enjoyed hunting, fishing and the outdoors. The ultimate tinkerer, Ardell had an incredible knack for making broken things new again. Ardell lived by the Golden Rule. He shared “It’s important to have a strong faith, good morals, and to be honest. I would like to be known as a good father, a strong person of faith, who treated others fairly.” He is survived by his loving children: Brian Teige of Illinois, Steven Teige of North Dakota, Valerie (Saad) AlKhafaji of Texas and Lorrie Teige of Minnesota; six grandchildren and two great grandchildren. Ardell was preceded in death by his beloved wife Phyllis in 2004, his son Alan, in 2017, his parents and his brother, George Teige.

Funeral services for Ardell J. Teige will be held at St. John’s Evangelical Lutheran Church in Buffalo on Saturday, January 26th, 2019 at 11:00 A.M, with military rites to follow. Pastor Ryan Clark will officiate. A visitation will be held prior to the service at the church. Entombment at Sunrise Memorial Park in Hermantown, Minnesota.

Ardell’s family would like to express gratitude to the Church family at St. John’s and the staff at Park View Care Center. In lieu of flowers, family prefers memorials to The Parkinson Foundation of Minnesota or The North Dakota Veterans Administration. 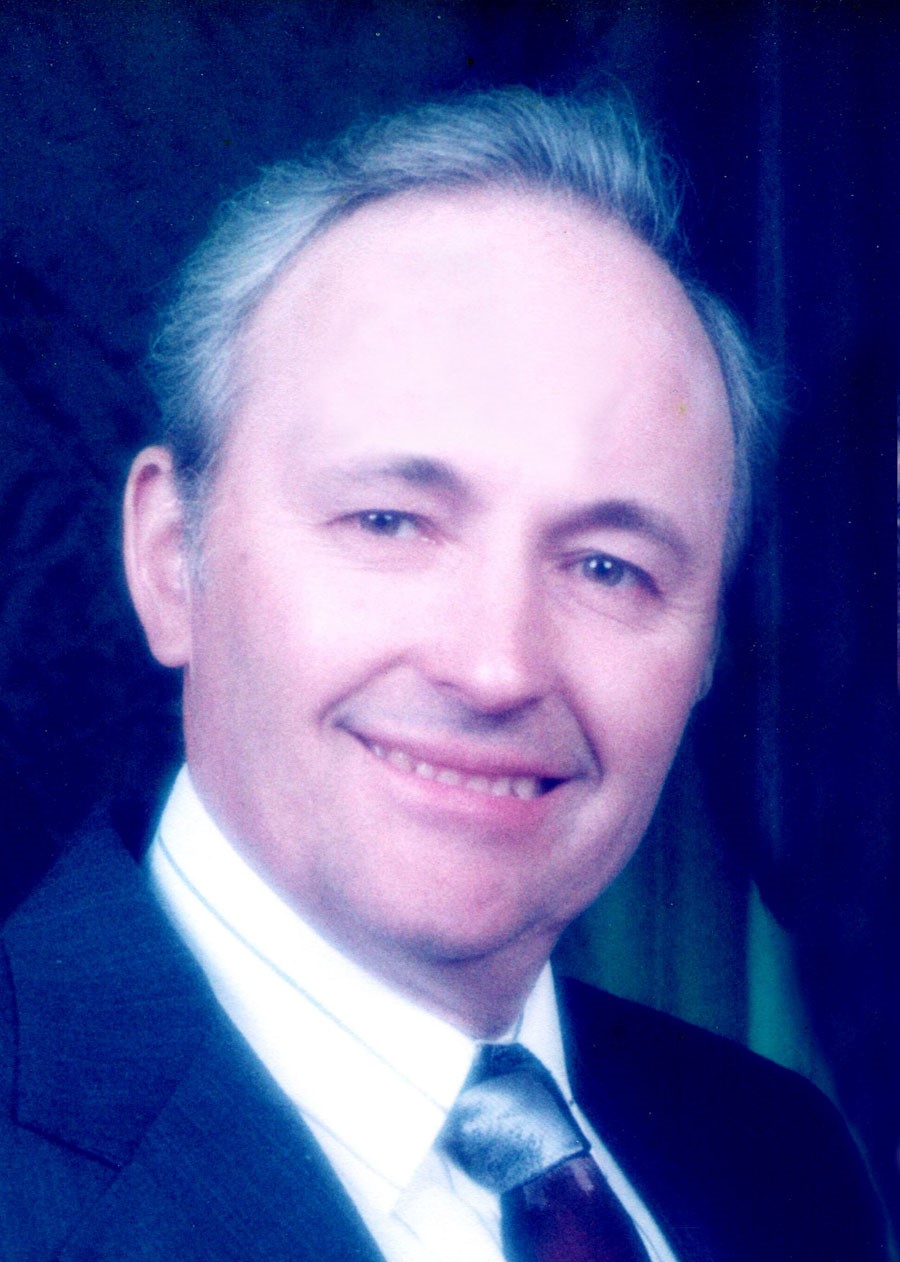 John was a 1957 graduate from Elk River High School. He honorably served in the National Guard. John was a devoted dairy farmer and also worked at Hoffman Engineering in Anoka for 36 years.

On May 9, 1959, John Dahlheimer and Janet Vetsch were united in marriage at St. Albert’s Catholic Church in Albertville. The two spent many Saturday nights dancing to old time music and traveling around the country dancing.

In lieu of flowers, memorials preferred to the Alzheimer’s Association. 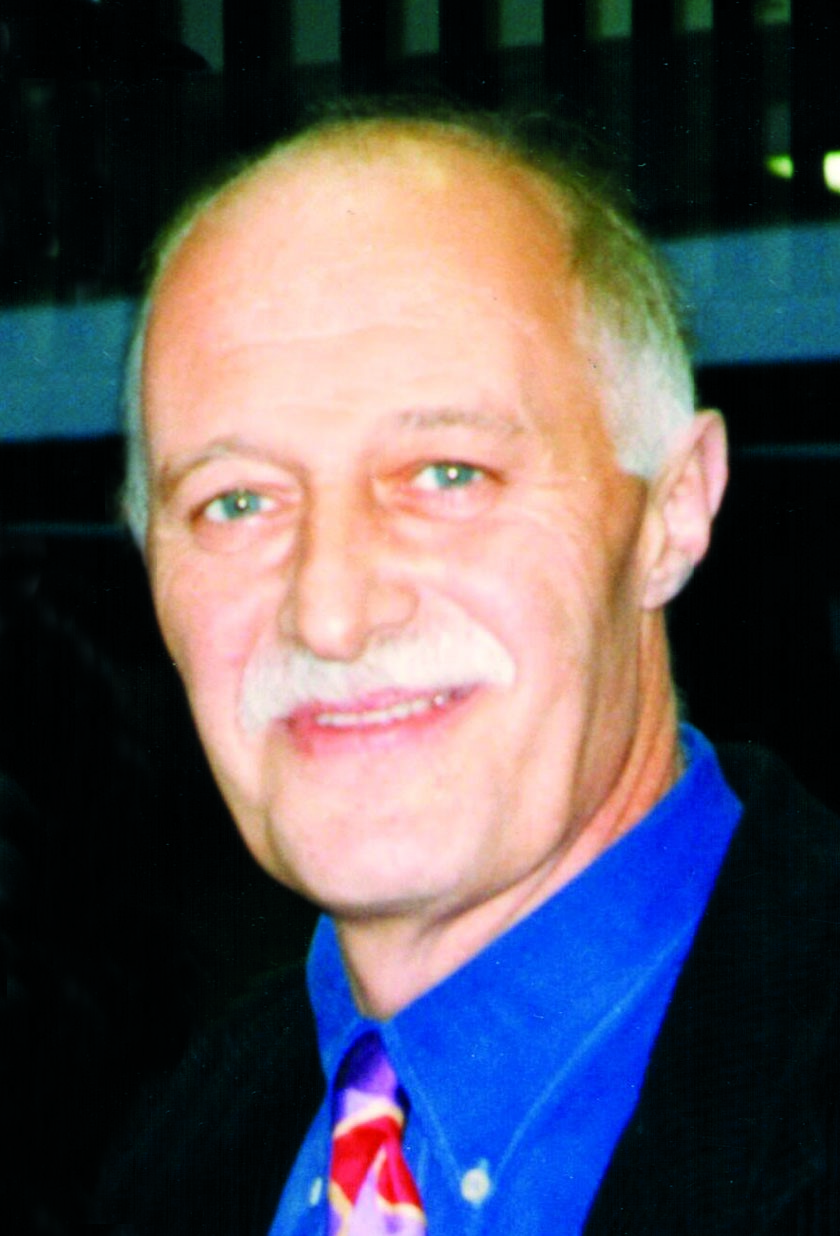 Preceded in death by parents: Arthur and Anna (Barthel) Duerr.

Tim attended Beebe Lake Country School District #44 through 8th grade and graduated from Buffalo High School in 1966. He was involved in 4-H during grade school and high school and showed Brown Swiss cows.   He majored in music at St. John’s University and graduated in 1970. He traveled to Europe with the St. John’s University Men’s Chorus. He taught music at St. Michael High School for 10 years. He was involved in several musicals in Buffalo, a favorite was playing Tevia in Fiddler on the Roof. He sang and played trumpet at many weddings and funerals. He also worked at Honeywell, Dayton’s/Macy’s, Target and Casey’s.

Tim will be remembered for his love and attention to family, his great singing voice, being a Democrat and his love for flowers, horses, dogs and all kinds of poultry.

The Mass of Christian Burial will be held on Friday, January 18th at 11:00 AM with visitation beginning at 9:00 AM at St. Michael Catholic Church, 11300 Frankfort Parkway NE, St. Michael, MN. 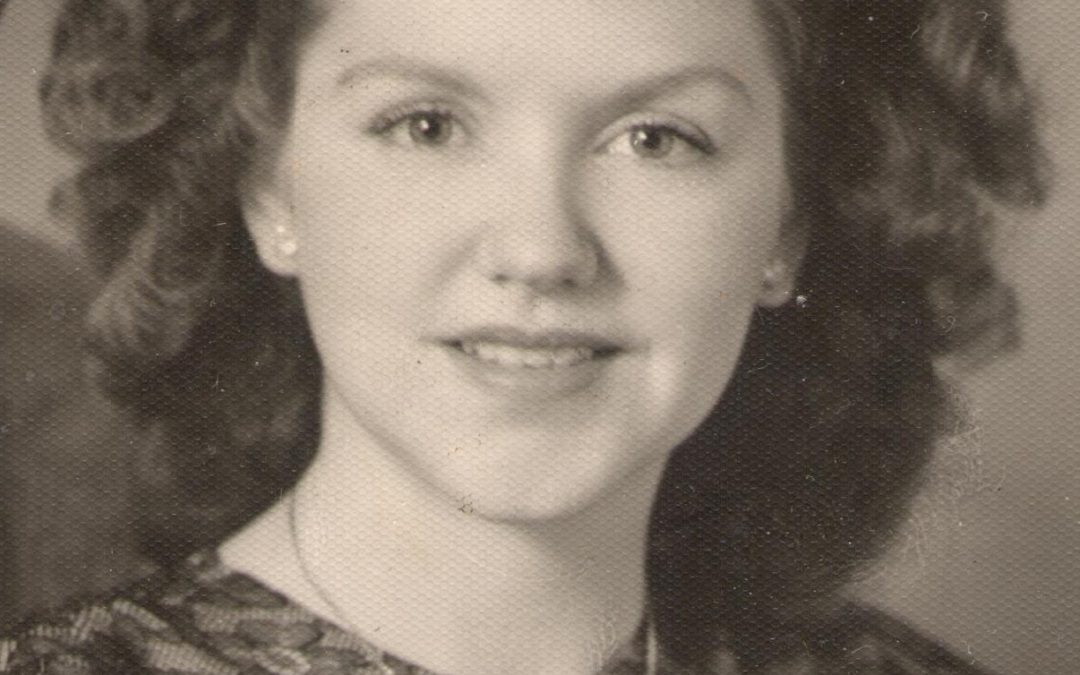 Trudy worked as part of the War Effort during WWII making cartridges and winding armatures to bomb bay doors.

Her sense of adventure led her to New York by train in 1945 where she and her sister Sally lived and worked for one year.

On April 17, 1948, Gertrude married Arnie Kotila in Ramsey County. The two were blessed with six children.

Trudy worked as a homemaker raising six children, and worked part time retail in Minneapolis. When the family moved to Delano, Trudy enjoyed working at B & C Exchange.

Trudy enjoyed sewing, making jewelry, drawing and making chalk art, collecting dolls and plates, raising tropical fish, and eating chocolate. She was an avid reader, but mostly enjoyed reading non-fiction books. She was a cheerful and upbeat person who loved everyone. She rescued and cared for many domestic and wild animals. Anyone who met Trudy instantly felt her gentle and kind personality and left saying “there should be more kind and sweet people like her in this world.”

She is preceded in death by her husband, Arnie; son, Jerry; parents, Paul and Ranka (Johansen) Magdal; and siblings, Joe, Sally and Norman.

A memorial service will be held Saturday, January 12, 2019 at 2:00 PM, with gathering of family and friends from 1:00 to 2:00 PM, at Buffalo Ev. Covenant Church, 1601 MN Hwy 25 in Buffalo, MN. A reception will follow the funeral service.
Please feel free to wear Trudy’s favorite color, purple, in memory of her for her service.

Serving the family is The Peterson Chapel in Buffalo. 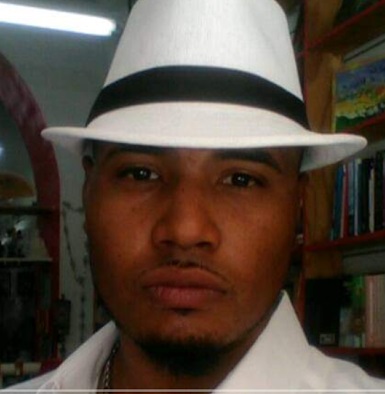 Anthony James Madison, age 33, of Minneapolis passed away on Thursday, January 3, 2019.  He was born on December 27, 1985 in Minneapolis the son of Angel and Wanita Madison.  Anthony was employed as an exterior/interior decorator.

How can someone describe such a man?  Tony was a man who appreciated many things in life.  Food, travel, cooking, music, fishing, and being part of any new experiences.  At the center of all that was two key factors, friends and his family.  With that being said, he was that kind of guy who could pick up a conversation with people like it never ended and it could have been years in between.

Tony appreciated the value of family and putting it first.  He was a spiritual man and a lover of Jehoveh God.    His values of justice and doing things that were right were important to him, no matter the cost.  He always kept that at the forefront of his decisions.  That may mean at times he would go against the grain, but you always knew where he stood on those matters.  Tony left his mark with his family and his friends by how he touched each and every one of our lives and the memories he gave us.  In the end that is what was most important to him and what he would wish us to remember him by.

He lived life to the fullest.  He did it with class and he did it with style.  We will always miss him and the many memories that we could have made with him were taken away too soon.

Let’s continue to cherish him and take comfort in the laughter, memories and stories we have with our beloved Anthony James Madison “Tone G”.  We Love You!

Preceded in death by his sister Janelle Arcoren Madison.

Funeral services for Anthony Madison will be held on Saturday, January 12, 2019 at 5:00 PM at The Peterson Chapel, Buffalo, MN.  Jackson Arcoren will officiate.