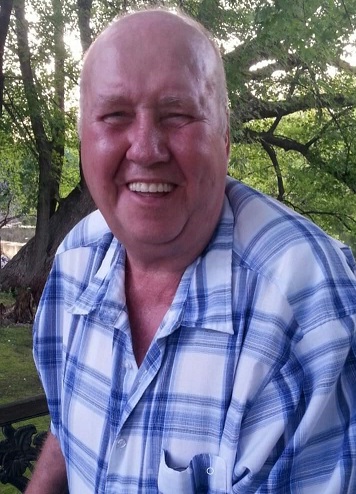 Butch was raised on a farm south of Buffalo and attended Carlson grade school, a one room schoolhouse nearby, and later graduated from Buffalo High School in 1966.

Butch will be remembered as a loving, kind, compassionate, fun-loving, joke-telling man that loved to spend time with his family and friends. He enjoyed making them laugh! He also loved nature, bird watching, hunting, fishing, trips to Duluth, watching westerns, and listening to country and gospel music. He enjoyed attending toy shows and threshing shows. He collected Farmall and International Harvester toy tractors and memorabilia, as well as Cub Cadet lawn tractors. He was a member of the Minnesota Chapter 15 International Harvester Collectors Club and made many lifelong friends. Toy Farmer magazine and Farm Collector magazine both featured articles about his collection. Because of physical limitations, he also enjoyed coloring later in life.

He drove semi-truck nationwide and in Canada for Bjorklund Trucking and Lohse Transfer.

He was a member of Zion Lutheran Church in Buffalo.

Services and visitation will take place at Zion Lutheran Church in Buffalo, MN.

Visitation will be held on Thursday, July 25th from 4-8 P.M. A Prayer service will be held at 7:00 P.M. followed by a time for sharing memories.

The Memorial Service for Calvin “Butch” Bjorklund will be held on Friday, July 26th, 2019 at 11:00 A.M with visitation an hour before.

Urn Bearers will be Curtiss Bjorklund and Darren Bjorklund. Burial will take place at a later date.

Special thanks to Dr. Cynthia Larson for her years of care, compassion, and friendship.

In lieu of flowers, memorials are preferred.